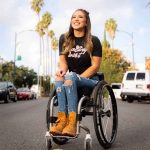 From adaptive dresses to adaptive clothing accessories, there are increasingly more options for shoppers across major retailers.

For a very long time, the fashion industry left people with disabilities behind. The few clothing options available were shapeless, drab and closer to hospital garb than anything that could come off a New York runway. “There’s been this stereotype that we can’t take care of ourselves, which means we can’t be fashionable,” says Chelsie Hill, a 28-year-old dancer and model who’s been using a wheelchair ever since a spinal cord injury left her paraplegic at 17.

As discussions around inclusivity in fashion picked up in fervor over the last two years (searches for adaptive fashion increased by 80 percent in 2019, according to fashion platform Lyst), brands like UGGs and American Eagle have reacted, launching lines of adaptive clothing, apparel that is some combination of adjustable, accessible and functional for people with a wide range of physical and cognitive disabilities — and that aims to maintain a stylish edge. Hill said she’s been happy to see past modeling clients like Tommy Hilfiger and Target create their own collections of adaptive clothing. “People with disabilities are being showcased at big events and red carpets,” says Hill, who’s been featured on Ellen and TODAY, and gets invited to the Beautycon Festival in Los Angeles every year. “We need to have something that’s just a little easier for us to wear.” 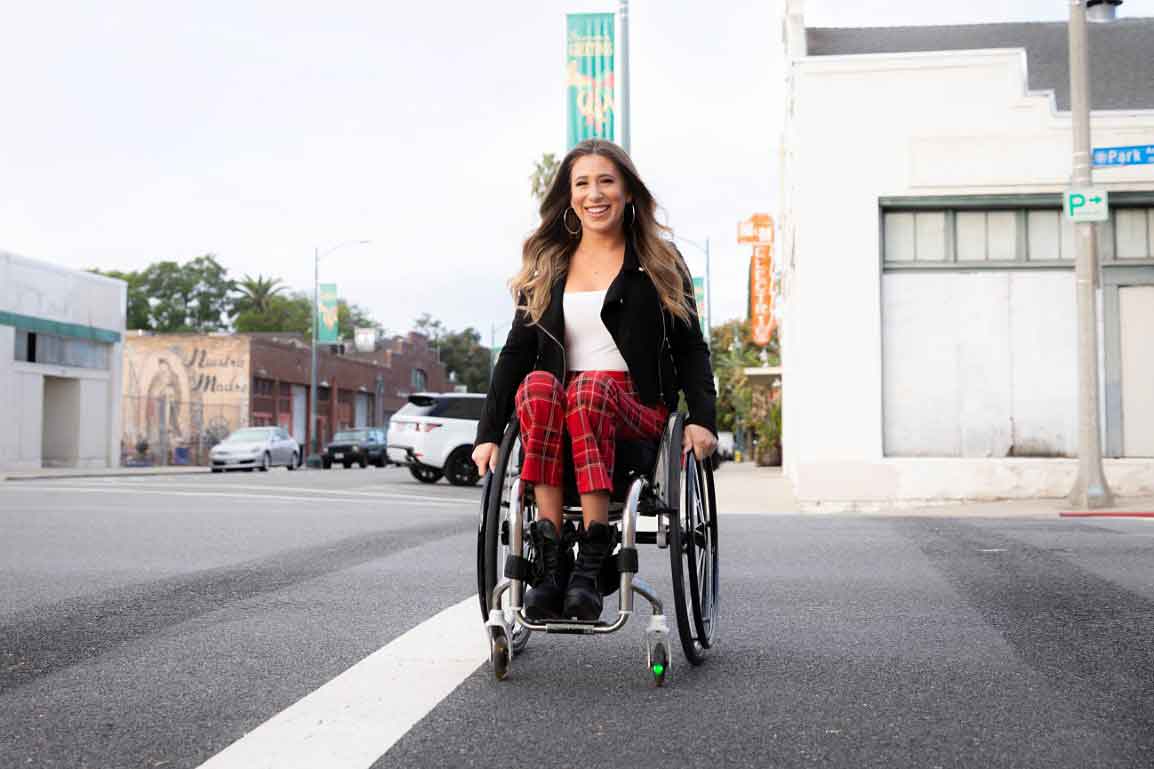 What is adaptive clothing?

As implied in the name, adaptive clothing is meant to accommodate a wide range of situations and needs. The Centers for Disease Control and Prevention estimates more than one in four adults in the U.S. (26 percent) live with “some type of disability.” While their clothing needs are likely diverse but united by a common desire to look stylish and express their personalities through fashion. Mindy Scheier, founder of the Runway of Dreams and a former Saks Fifth Avenue stylist, often meets with large fashion brands to discuss how they can incorporate adaptive options into current offerings and even launch new lines for people with disabilities.

She told NBC News Shopping that she sees high demand for clothing that, like this Tommy Adaptive Performance Polo, is designed with wider necklines and features magnetic buttons instead of traditional buttons and zippers, for example. This allows those who struggle to move their arms or need help dressing to put them on with fewer movements. The idea behind adaptive clothing, Scheier explains, is to retain as many fashionable elements as possible: tailored cuts, modern prints and colors.

The Adaption Adaptive Pants, for example, look like typical black pants with a tapered waist but sport lower pockets and magnetic leg openings, designed not to bunch up when the wearer sits in a wheelchair. Or consider an adjustable hem, like the one featured in the Tommy Adaptive Straight Fit Jean. It can be raised up to four inches to accommodate someone in a wheelchair or donning prosthetic limbs. Scheier hopes to see more brands make these types of adjustments so that some of their current pieces are available for people with disabilities to wear. “It is not about recreating the wheel but modifying what already exists to make dressing easier for a large population so that everybody could wear the same product with modification,” Scheier said.

Where to shop for adaptive clothing 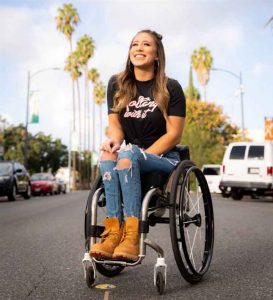 It was Scheier’s son, Oliver, who triggered her to start the foundation. After the then-eight-year-old told her that he wanted to wear jeans like his schoolmates despite suffering from a rare form of muscular dystrophy, Scheier started looking but found very few options that would fit over his leg braces. While they ended up altering a pair with some sewing equipment and scissors, Scheier has been using that story to push brands to embrace adaptive fashion since.

In 2016, Scheier partnered with Tommy Hilfiger for its line of adaptive clothing for kids and has been pushing to get more mainstream brands to tap into the $490 billion that people with disabilities report having in disposable income every year. She believes adaptive clothing belongs in the same family of categories as plus-size or maternity ones. Brands can not only reach a new market if they lean in, Scheier argues, but also play a crucial role in improving how people with disabilities are perceived — as fashionable, independent members of society.

“That is the start of changing how the world views people with disabilities,” she said. “I can’t think of a better way to do that than through mainstream brands that have recognition in our world.”

One of the first mainstream brands to invest in adaptive clothes, Tommy Hilfiger launched its first line for children with disabilities in 2016. Two years later, the company expanded its offering to include adaptive clothes for adults. They feature the brand’s signature American, prep-school style with details like hoop and back closures, magnetic zippers and modified hems. The Sleeveless Stripe Dress has a wider neckline, as well.

“Our design modifications include front and back closures, hook and loop closures, adjusted leg openings and hems, magnetic closures on shoulders and arm openings, magnetic pant closures flies, and magnetic zippers,” Gary Sheinbaum, CEO of Tommy Hilfiger Americas, told NBC News Shopping. “To allow ease of dressing for wheelchair users, we have pants that are higher in the back and lower in the front.”

The warm plush of the Yeah Slides feel super soft while the open toe and back strap make for easy removal — they also come in fun colors such as bougainvillea, seashell pink and neon yellow. The slides, along with a series of other accessible footwear, are available on Zappos Adaptive, a corner within the online shoe retailer’s site catering to people with disabilities — “bump toe” shoes, for example, have an extra layer of protection around the toe for those who may hit the ground frequently when getting in and out of a wheelchair.

American Eagle expanded its offerings in early 2020 to include clothing for people with disabilities. Its Slick Chicks line of women’s underwear is designed with side fasteners that allow easier access for both people who spend large portions of the day seated as well as those who might rely on someone for assistance.

Stylish pants are one of the hardest items of clothing for people with mobility-related disabilities to find, Hill and Scheier both said. They both shared that a lot of what are known as seated pants — designed with lower pockets and fewer seams so as to not bunch up while the person stays seated — come in formless shapes and colors that are too loud or bright. These leggings look like your average chic black pants but have a tapered leg silhouette and side pockets that allow for more comfortable dressing and undressing.

Launched by Parsons design graduate and former Eileen Fisher employee Lucy Jones, Ffora (an anagram of Fashion For All) specializes in making stylish accessories for people who use wheelchairs — everything from bright wallets that hook onto mobility devices to accessible tumblers and wine glass holders. Every item is designed to be used both normally and hooked onto the lower tubes of a wheelchair with a special gold or silver metal attachment that is sold separately. The wallets and bags come with loops that catch onto the attachment as well as regular cross-body straps. While the set is more affordable, you can get each item on its own.

“We have to keep our product line very open-ended so that it can move on-the-go and adapt when the customer needs it to adapt,” Jones said.

Veronika Bondarenko is a journalist who has reported on everything from fashion and real estate to U.S.-Russia relations