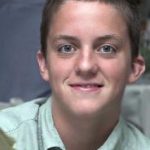 Gabe Rodreick, who suffered a spinal injury in Costa Rica, hopes to get back to a top rehab center.

Gabe Rodreick of south Minneapolis was on an exchange trip to Costa Rica in July when he suffered a severe spinal cord injury during a scuba diving excursion.

Upon waking in the nearest hospital, the 16-year-old learned he was unable to move his hands and legs. Not too long afterward, Gabe’s determination to regain his strength and hopefully walk and play the piano again kicked in. It hasn’t let up since then, said his mother, Carolyn Rodreick.

This fall the former South High School student began a modified schedule at the Perpich Center for Arts Education high school in Golden Valley. He’d been accepted at the prestigious state arts school before the accident.

Carolyn and Matthew Rodreick hope to raise enough money to get Gabe back to Project Walk in Carlsbad, Calif. It’s a state-of-the-art facility near San Diego that helps people with spinal cord injuries — some more severe than Gabe’s — to regain strength and mobility through intense, exercise-based recovery programs. They heard about it shortly after Gabe’s accident, and he spent two weeks there in October.

As you’ve probably guessed, top-notch programs like Project Walk aren’t cheap. A monthlong stay averages $8,000 to $10,000, excluding living expenses. Even so, Carolyn Rodreick said Project Walk is worth it.

“When we were out there we saw people with similar injuries who had some functions come back,” she said. “When you have this prognosis, you don’t really know what will come back. They’re very positive. They don’t feel like anything is impossible.”

Gabe has been able to regain enough strength in his arms to begin lifting them. He continues to work on extending them above his head. Earlier this month the family’s church, Calvary Baptist in south Minneapolis, donated the proceeds from its annual Christmas concert to the Rodreick family for Gabe’s rehabilitation program.

Carolyn Rodreick said they’re still working on travel and living arrangements for the upcoming trip. Last time they stayed in the home of a generous California family free of charge. Still, one or both of Gabe’s parents would need to take time off from work to travel to California with him, resulting in lost income.

“We’re both stuck in this situation where we both have to work our jobs to survive financially,” Carolyn Rodreick said.

The Rev. Jeff Cowmeadow, the Calvary Baptist pastor, has known the Rodreicks for more than 18 years and said church members and Gabe’s friends and teachers pitched in because they’re optimistic about his recovery.

“It was the first time we’ve had folks in our balcony [seating area] for many, many years,” Cowmeadow said. “We’re not a wealthy congregation by any stretch of the imagination, but people wanted to help.”-

To donate, mail your contribution to Calvary Baptist Church, 2608 Blaisdell Av. S., Minneapolis, MN 55408. Indicate that the donation is for the Gabriel Rodreick Fund.

When able, Gabe and his parents contribute to an online journal. It can be found at www.caringbridge.org/visit/gabrielrodreick.