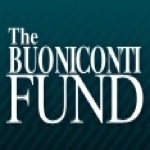 The event turned out to be a sports Hall-of-Fame reunion when the likes of Nick Buoniconti, Lawrence Taylor, Bob Griese, John Havlicek, KC Jones, Don Shula, Ozzie Smith and Harry Carson came out in support of the event. Now in its 7th year, Jack and our celebrity friends including the above and Nat Moore, Michael Chang, Gary Hall, Mark Rypien, Jimmy Key, Rusty Staub, Stan Bahnsen, John Vanbiesbrouck, and Earl Morrall have helped raise close to $4 million through this event for the paralysis research programs at The Miami Project.

“This year we are pressing hard with the FDA to gain approval for our first human transplantation trial, which will involve Schwann cells,” said Buoniconti Fund President, Marc Buoniconti. “Our amazing celebrity friends and supporters continue to help provide the fuel in the form of research funds which allows our researchers to get closer to our goal of a cure for paralysis.”

The event included a Sunday night cocktail reception, a buy-it-now store containing one-of-a-kind items such as a Tiger Woods autographed glove collage, Royal Caribbean Panama Canal Cruise and Hannah Montana autographed guitar, to name a few. The golfers teed off Monday morning on the immaculate Jack Nicklaus-designed golf course and enjoyed prizes including First Class Airline tickets thanks to Continental Airlines for longest drive and closest to the pin and a brand new Hummer H3 for a hole in one courtesy of Ed Williamson Hummer.

“We are in the midst of very challenging economic times, and no area has been hit any harder than charitable fundraising. But while the economy struggles to get back on its feet, the need to support those who can’t rise to their feet must go on. Research and hope can not take a break just because our world has changed. I am so appreciative of those who continue to give and to support the Buoniconti Fund,” said Jack Nicklaus, who has won a record 18 major championships and 118 professional tournaments worldwide. “Hopefully one of these days real soon, Marc and I are going to walk up that 18th fairway together.”

The legacy Jack has left as a player can be rivaled only by the legacy he is leaving as a golf-course designer and philanthropist. Nicklaus has been involved in the design more than 270 courses open for play around the world and 63 of those courses, including The Bear’s Club, have been featured in national and international Top-100 lists.

Jack and his wife Barbara have a long history of involvement in numerous charitable activities, from junior golf to children’s hospitals to several scholarship foundations. Jack and Barbara are the guiding light for the Nicklaus Children’s Health Care Foundation, which supports numerous pediatric health-care services in a five-country area of South Florida, including Palm Beach County. On the golf side, Jack is a national chair of The First Tee program’s “More Than A Game” capital campaign, and he is Global Ambassador for the worldwide movement to have golf reinstated into the Olympic Games.

Because of their contributions to golf and to community, Barbara and Jack were honored twice in 2007 – the first being The Boy Scouts of America Distinguished Citizens Award, and then the Francis Ouimet Lifelong Contributions to Golf Award, which drew close to 2,200 people to Boston to set a record for a sports function in New England.