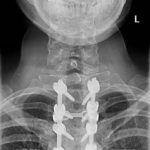 Susannah Breslin is a guestblogger on Boing Boing. She is a freelance journalist who blogs at Reverse Cowgirl and is at work on a novel set in the adult movie industry.

“The after is where it really gets grand, gets epic, gets to where one memoir could never be enough. Truly epic shit doesn’t start to go down until the very moment you decide to start living again, to start crawling your way back into the light and out of the darkness. I know enough to know now I’ll never fully leave the darkness completely, but the reprieves at this point seem to be enough to keep me going for now. sometimes. But no one wants to hear about the after, because it doesn’t arc as much as it shakes and shudders in fits and spurts until eventually you recognize an ersatz normalcy has filled the void you left somewhere in all the fallout.”

I interviewed her for Boing Boing about life in a wheelchair, if she considers herself a cyborg, and her plans on becoming a female Hardiman.

SB: Tell me your story.

SS: The story that everyone wants to know from the start is why I use a wheelchair. I was 29, one minute racing my road bike, and the next “tits up in a ditch” and a paraplegic. That was nearly four years ago. Prior to that, I was your basic hot mess, but that’s a longer story than there is room for here. I will say that PTSD has figured in for a longer time than I ever realized until I was injured. For once in my life, and this always sounds crazy, but after everything I’ve been through I actually like who I am for the first time in my life, chair and all.

I am a small-town girl from State College, PA, though I spent some time in NYC and Philadelphia before returning after my accident. These days I live in a very rural area with my crazy mutts.

SB: Are you a cyborg?

SS: I am not a cyborg, but I am getting closer and closer to being a terminator. My back is already full of titanium, and I’ve got a radio-controlled device in my abdomen that feeds medication into my spinal canal. If the trials go well, I hope to get my chance at being the female Hardiman with the ReWalk system. You can start calling me Ripley when that happens.

In a sense, being in a chair is like being a cyborg/object to a lot of people, somehow not quite human. I think all women know what it is to feel like an object to a certain degree, but I found it to be much different when you’re viewed as a asexual woman and a person of very vague use if any. It made me very early on understand that to survive I was going to have to change how my self-worth was measured.

SB: Why do you blog?

SS: I started blogging for a few reasons. I was desperately lonely and going through all these sort of insane experiences that no one could understand, and I was desperate to be able to explain them in such a way that people would be able to understand without reverting to all the chair stereotypes that I was just a bitter, mean, crazy person now. There were a lot of people in my life that didn’t make the transition to be able to see me first and the chair second, and it was heartbreaking. I thought online I could control things in such a way that people would see me again. In the beginning, it was very much about control.

As things have evolved, I started to ease up on that obsessive level of control and start showing the darkness too. It turned out to be hugely therapeutic for me, and I hope that it humanized me for a lot of people as well. More than anything, I want people to see me as a person and not as an object of pity or otherwise. My story is really about grief and catastrophic change, and I think most people at one time or another in their lives can relate to that.

Something that wasn’t diagnosed early on was that I had a Traumatic Brain Injury during the accident, and my brain works a lot differently now. I can’t remember shit, repeat myself constantly, fuck up words, and these creative floodgates opened up and haven’t closed since. I see the world so differently, which I think is a big reason why I became so insanely drawn to photography and writing. I write and take pictures because I have to, it gives meaning to my life even if I forget from time to time that I have any.

SB: What do people not understand?

SS: Most people forget that I’m a very ordinary person living under extraordinary circumstances, and that I’m also incredibly shy to the point of near social phobia in some cases. The things that make healing the most difficult is all the shit I carried with me before the accident, things that become unavoidable after being catastrophically injured. I don’t think I’ll ever stop grieving, but I do know that everyday it gets a little less painful.

SB: If we could open you up and look inside, what would we find?

SS: Under all the armor, I’m someone who’s been trying to survive one way or another my whole life, but never had a map or a guide to know how. My hope is that you’d find a lot of resilience and hopefully some beauty along with it. I like to think that I’m finally becoming on the outside the person who was hiding in there all along, but for many reasons wasn’t able to be. I’m really, really hoping there’s a photographer in there, but only time will tell.

Collaboration Between Burnham And HeadNorth