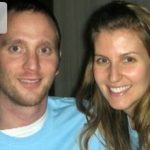 On August 5, 2006, Janne Kouri dove into the ocean off California and crashed his head into a hidden sandbar. He knew immediately his life would never be the same.

“Instantly I could tell I was paralyzed,” said Kouri, then 31, of Hermosa Beach, Calif. “I was just floating in the water and I got flipped over on my back and there were waves crashing over me so I knew something bad had happened, because I could not move my body at all so I just took a deep breath and basically hoped for the best. I thought, ‘this could be it.'”

Thanks to a passing off-duty EMT, it was not the end of Kouri’s life, but it was the end of his ability to walk — or so the medical experts told his then-girlfriend Susan Moffat.

Kouri, a director of an online social network who had been a star defensive tackle on the Georgetown University football field with NFL prospects, was called “the general” by his friends because of his take-charge attitude.

With that determination and the help of radical new treatment, Kouri eventually retaught his spine to function properly and learned to walk again, with the help of a walker.

Not satisfied with overcoming his own obstacles, Kouri and Moffat set up a clinic to help other victims.

From Devastation to Hope

Moffat remembers clearly what the doctor told her after they rushed Kouri to the hospital that day in 2006.

“I just remember a female doctor coming out and saying to me, ‘Um, just so you know, he’s never going to walk again,'” Moffat, 33, said through tears. “It was devastating.”

After surgery, a bout of pneumonia and two months in intensive care, Kouri’s health returned, but then reality set in.

Moffat took it upon herself to do research and visit rehab centers. She eventually found Susie Harkema at the Frazier Institute in Louisville, Ky.

“She said to me, ‘There’s hope,'” Moffat said. “And she was the first person throughout this whole process that said that to me.”

Kouri Stands Up to Help Others

Moffat quit her job and the couple moved to Louisville to work with Harkema, who helped develop a radical new therapy known as locomotor training. The late actor Christopher Reeve was among the first test subjects for the therapy.

“The spinal cord is very sophisticated. It can process complex information. It can make decisions, remember, forget,” Harkema explained.

Locomotor training reteaches the spinal cord how to control motor functions, like walking, through repetitive motion. After 15 years of experimentation, the therapy has now helped hundreds of spinal cord injury victims.

“I was thrilled to get out of that hospital,” Kouri said. “Just very excited about finally getting into rehabilitation and starting to exercise and work out and starting to get myself out of this predicament that I was in.”

After just three months of training, Kouri had his first milestone — a little toe wiggle.

“I looked down at my toe and I saw it wiggling and it was an incredible, incredible moment,” he said. “And I said, ‘you know what? I’ve got a chance here.'”

Full of hope, Kouri wanted to return to California and continue locomotor training near his home, but it wasn’t available.

“We brought this to my father and my family and my friends saying ‘Hey, we need to do something about the situation. I can’t find the type of treatment and rehab that I want in California,” he said. “That means that nobody there can.”

Between rounds of therapy, Kouri married Moffat and then, with the help of family, friends, Harkema and the Christopher and Dana Reeve Foundation, they raised the funds to start Next Step Fitness, an affordable not-for-profit rehab center in Los Angeles where anyone in the community could get locomotor training at an affordable cost.

So far 65 people have been treated at Next Step Fitness, which is funded by donations and grants and is one of only 8 places in the U.S. where locomotor training is available.

“They took Janne’s spinal cord injury which could have stopped both of them in their tracks completely and turned it around,” Susan Howley of the Reeve Foundation said. “And they have done something so remarkably creative and gutsy, really, in a way.”

The only thing bigger than Kouri’s drive, determination and stubbornness, friends say, is his heart.

In May, Kouri, now 34, took his first steps in three years with the assistance of a walker.

“The look of triumph on his face was so phenomenal because,” Howley said. “This was a young man who a couple of years ago had been told unequivocally you’ll never walk again.”

But for Kouri, that’s just the beginning.

“Eventually, you know, I’m getting rid of the walker and walking out of that gym,” he said. “I’m confident that I’m going to do it, and I understand that it’s not going to happen tomorrow, but it will happen one day.

“You hear it all the time, but if you put your mind to it, you can make it happen. But you know it’s true that if you stay focused and work every single day, you really can do whatever you set your mind to,” he added.

Moffat says the experience has made them stronger as a couple, and those who knew Christopher and Dana Reeve say Kouri and Moffat’s commitment to helping others is a continuation of the Reeve’s legacy.

“Chris [Reeve] would probably say, ‘I knew he could do it,'” Howley said. “To the rest of us he would say, ‘Now figure out how to get a 150 more Next Step Fitnesses all over the country.'”

“A lot about their spirit and dedication reminds me of Chris and Dana. It’s people like these two that are going to move forward Chris and Dana’s legacy,” Harkema said. “The only sadness that I have about Janne’s story is that Chris and Dana aren’t here to see it, because they would have been thrilled.”

Kouri’s father, who was instrumental in opening Next Step Fitness, recently passed away, and Kouri hopes to continue the work that made his father so proud.

“My father’s the closest person in the world to me; his passing has been harder than this injury,” Kouri said. “But then again he taught me to be strong … that’s another thing that’s extremely motivating is to show him that we could make this successful.”

Kouri and Moffat also hope they will be able to track down the EMT who saved Kouri’s life and thank him.