Spinal Injuries Treated With Hypoxia: What Is This Promising (And Surprising) New Treatment? 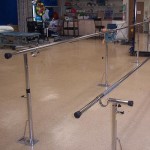 Inhaling less oxygen, known as hypoxia, boosts the walking abilities of patients with spinal injuries, according to a counterintuitive treatment described today in the journal Neurology.

Scientists from Emory University found that intermittent, but safe, exposure to hypoxia could improve both walking endurance and speed for patients with spinal injuries that have not completely eliminated the capacity to take steps.

“About 59 percent of all spinal injuries are incomplete, leaving pathways that could allow the spinal cord to change in a way that allows people to walk again. Unfortunately, usually a person affected by this type of spinal injury seldom recovers the ability to walk normally,” study author and rehabilitation specialist Dr. Randy Trumbower, of Emory University in Atlanta, said in a statement. “Our research proposes a promising new way for the spinal cord to make the connections needed to walk better.”

Prior studies in rodents showed that sporadic hypoxia caused cells lining the walls of arteries to release chemicals that travel to the damaged spine, and strengthen the connections between the remaining neurons. An earlier trial in humans showed that this therapy could improve ankle strength in spinal injury patients, but it was unknown if these gains produced a noticeable difference in walking ability.

For the current study, 19 patients received hypoxia treatments in one of two ways. The first group breathed low-oxygen from a tank, administered at 15-second intervals with normal air, over the course of 30 minutes. This half-hour training session was repeated once a day, and after the fifth consecutive day, they took a walking test. The second group received the same 30-minute periods of hypoxia, but had a short walkabout after each session, before taking the longer walking test at the end of the week. Both groups went through the experiment a second time, but with normal oxygen throughout, as a control.

All of the participants witnessed an improvement in their ability to walk, with regards to speed and distance. The biggest gains were seen with patients given hypoxia plus cross-training everyday. They were able to walk nearly 300 feet further than normal. Though the authors posit that the improvements were due to changes in the behavior of spinal neurons, it is possible that the therapy promotes “a greater capacity to tolerate fatigue”, according to a commentary written by Dr. Ela Plow, of the Cleveland Clinic, and Dr. Michael Fehlings, of the University of Toronto in Canada.

Neither was involved in the project, and both argue that more research is needed to understand why breathing less oxygen, a seemingly negative action, helps patients with these injuries.”One question this research brings to light is how a treatment that requires people to take in low levels of oxygen can help movement, let alone in those with compromised lung function and motor abilities,” Dr. Fehlings said. “A possible answer is that spinal serotonin, a neurotransmitter, sets off a cascade of changes in proteins that help restore connections in the spine.”

The study’s authors emphasize that hypoxia treatments should not be attempted without a physican, as “chronic or sustained hypoxia in untrained hands may cause serious injury.” But they expect the approach to open new directions for “improving function in persons with spinal cord injuries,” and that low doses of intermittent hypoxia may “be a safe, effective treatment to promote meaningful recovery from these injuries and possibly motor deficits seen with other clinical disorders”.

What are the leading causes of SCI?