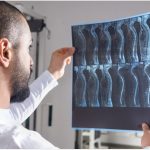 Permanent neurological impairments can occur after spinal cord injury (SCI) due to the failure of the spinal cord motor and sensory axons to regenerate.

This is because the mammalian central nervous system (CNS), unlike in some amphibians and reptiles, has inhibitory molecules blocking growth post-development, as well as the lack of an effective regenerative response system. Within the peripheral nervous system (PNS), there is some limited axonal recovery that can occur naturally.

Increasing the natural intrinsic regenerative ability of dorsal root ganglion (DRG) neurons can be achieved by conditioning injury within the peripheral nerves of the CNS, such as the sciatic nerve. Doing this allows the upregulation of regeneration-associated genes (RAGs) that can drive an increased potential for nerve regeneration of DRG neurons after a CNS injury.

This, however, whilst powerful for understating the mechanism of axonal regeneration in experimental animal models, is not a clinically viable option for humans.

Proprioceptive afferent feedback (from sensory DRG neurons) can modulate motor outputs within the spinal cord via the production of molecular cues. The feedback influences the adjustment and refinement of motor learning and movement. As such, this feedback can also play a critical role in directing motor recovery post-SCI. Indeed both clinical and animal studies stimulating proprioceptive afferents electrically have demonstrated enhanced motor recovery and neuroplasticity after SCI.

In a recent study by Hutson et al (2019), published in Science Translational Medicine, the researchers investigated how quickly axonal recovery happened in mice who were exposed to an enriched environment before the spinal injury.

Environmental enrichment is a means to physiologically stimulate sensory afferent nerve fibers naturally within rodents and enhances neuroplasticity and neurogenesis within the CNS. In this study, enrichment included giving the mice a larger cage, a wheel where they could run, an increased number of companion mice, novel objects and more nesting material.

Environmental enrichment was able to produce a long-lasting increase in the regenerative potential of DRG neurons coupled with the fact that proprioceptive afferent feedback was needed for this regenerative potential. The more time spent (in days) with environmental enrichment, the higher the mean neurite outgrowth of DRG neurons was, but not significantly enhanced with 6 days or fewer of enrichment.

Furthermore, the percentage of regenerating axons at 1mm distance from the lesion site was 45% for the environmentally enriched group compared to 10% for those without enrichment. At 5mm post-lesion site, the percentage of regenerating axons in the enriched group was 20% compared to less than 5% for those without. Not only were these axons able to regenerate over a longer distance, but they also had a higher value of action potentials across the lesion site compared to those who were not environmentally enriched. 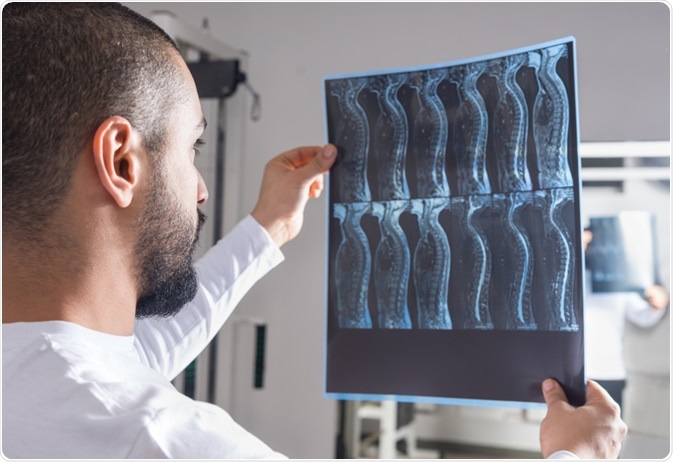 The researchers then tested the molecular mechanisms behind these observations and found that most of the genetic changes in the environmentally enriched cells were due to pathways relating to neuronal activity, calcium mobilization and a specific regenerative program that was initiated within large-diameter DRG neurons.

Using this new understanding of the mechanisms underlying the regenerative potential of DRG neurons by environmental enrichment of proprioceptive afferents, researchers were able to pharmacologically activate Cbp/p300, via TTK21, to promote sensory axon regeneration and neural recovery after an SCI lesion induced in mice. TTK21 is safe and is also able to cross the blood-brain-barrier to promote histone acetylation.

The researchers then tested whether the newly found regenerative potential of DRG neurons translated into motor recovery using rat models. The percentage of regenerating axons at the lesion site was 40% for the TTK21 group compared to less than 20% for those without.

There was a significant improvement to the number of slips on a ‘grid walk’ test compared to those without TTK21. Furthermore, the time to first contact an adhesive pad placed on the hind paws was also significantly improved after 5 weeks of treatment.

This study highlights the importance of sensory afferent stimulation in the promotion of regenerative capabilities of DRG neurons post-SCI. It also provides a novel epigenetic mechanism by which enrichment can promote neurite outgrowth and functional recovery. Environmental enrichment is a way to stimulate sensory proprioceptive afferents, which is essentially a form of physical rehabilitation or activity.

A small study by Nooijen et al, published in 2013, found that a more active lifestyle in 30 people who had recent SCI could benefit functionally from a rehabilitation program that included physical activity. Combined with the study by Hutson et al, 2019 and others, it suggests that having an active lifestyle before and post-SCI; which is not routine for inpatients, may be beneficial at the pathological, molecular and functional level enabling more recovery than without any physical activity, or enrichment.

How can employers support workers with spinal injuries?

What About Help With Rehabilitation, Training Or Education?