Could Spinal Cord Repairs in Mice Lead to a Cure for Paralysis in Humans? 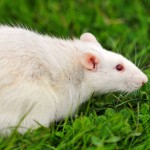 Spinal cord injuries are extremely tragic, often leading to irreversible paralysis. Many groups around the world are pursuing various treatment options. Some of these attempt to transplant new neurons to repair the damage, use drugs to boost natural healing, or use electronic means to bridge the gap.

Currently it’s only in mice, but some researchers from China have produced extremely promising results using tissue engineering. In their PLOS ONE paper they detail how they effectively repaired a spinal cord injury using stem cells.

They started by taking embryonic fibroblasts from the mice and converting them into neural stem cells. Fibroblasts are the cells responsible for producing connective tissue like collagen and other components of the extracellular matrix that holds tissue together. Using a retrovirus they were able to effectively transform these cells into a population of mouse neural stem cells.

Then they created a three dimensional scaffold from two biodegradable polymers, PLGA and PEG. Once implanted the neural stem cells effectively proliferated and differentiated into neurons and glial cells. Eight weeks after transplanting, these cells were showing genetic and physical characteristics of naturally occurring neural stem cells. The researchers were able to report that it restored the continuity of the severed spinal cord.

Tissue engineering in general is an extremely promising avenue of research for repairing spinal cord injuries and other damage. Implanting stem cells like this not only generates tissue itself, but compounds produced by these cells can also boost natural healing.

It’ll take many years before this can be applied to humans, but that shouldn’t take away from the fact that scientists essentially repaired a spinal cord injury. Whenever this does reach humans and will need an alternate source of stem cells. But other scientists are already able to generate human neural stem cells from pluripotent cells or different adult stem cells, so there is hope.

What is the annual incidence of SCI?

What is “Autonomic Dysreflexia?”