Ten interesting things you may not know about wheelchair basketball 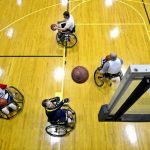 The worldwide popularity of adaptive sports is on the up and we are certainly seeing the positive consequences of major sporting events, such as the Olympics and the Commonwealth Games, opening their doors to athletes with disabilities for the first time many decades ago.

A lot has changed since the inaugural Paralympic Games in Rome in 1960, which was the first time that the event allowed disabled athletes to compete who were not war veterans. Since then, inclusivity has constantly risen in the sporting world, and stigmas related to disability have dramatically reduced throughout all aspects of life.

One particularly popular adaptive sport is wheelchair basketball and below are 10 interesting things about it which you may not already know:

1. It was played in the inaugural Paralympic Games

As mentioned previously, the first ever Paralympic Games took place in 1960 in the city of Rome. Whilst these days there are over 20 sports featured in the Paralympics, back then there were only 8, and wheelchair basketball was one of them. The USA took gold in both of the wheelchair basketball events during the 1960 games and have remained a dominant force in the sport ever since.

2. You don’t need to be disabled to play

Whilst it is a sport that is particularly popular amongst individuals who have sustained a spinal cord injury resulting in paralysis, wheelchair basketball is an inclusive sport – which means anyone can play (at amateur level at least). 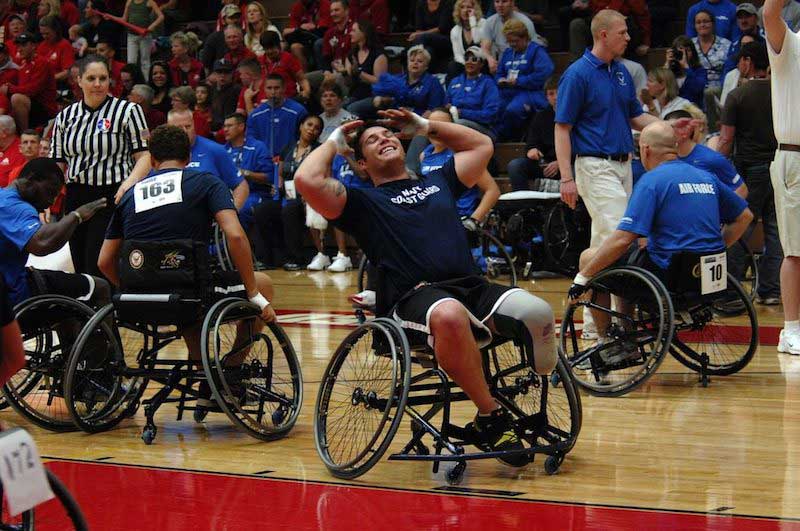 Basketball has been a popular sport in the USA for well over 100 years, but it wasn’t until after the second World War that wheelchair basketball was invented. The game originated thanks to the veterans, including amateur basketball players, who had been injured during conflict and wanted to continue playing the game that they loved so much.

The court used in wheelchair basketball is the same size as a regular basketball court and features the same lines. Incidentally, the same scoring rules also apply.

Wheelchair basketball players will typically need to throw the ball further to score – that’s because the height of the basket is 3.05m, the same as in regular basketball. 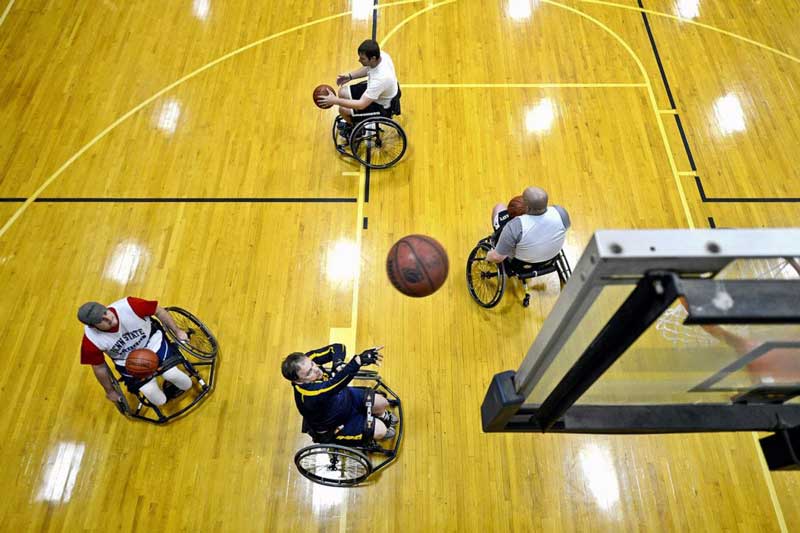 The wheelchairs used when playing the sport are not the typical chairs you see being used during regular day-to-day life. They will have a seat which is positioned lower down and wheels which are angled outwards to help with stability.

Prices vary, but you would be looking at around $1,000 for a basic chair which can be used in wheelchair basketball. At the higher end, chairs can cost over $7,000. Ideally, chairs should be specifically customized to meet the needs of the individual to take into account their size, weight and level of disability.

8. Tipping Over Is a Regular Occurrence

Anyone who has watched wheelchair basketball will know that tipping over is a part and parcel of the game. Despite the chairs being much more stable than regular wheelchairs, the high speed and typically competitive nature of the games means that collisions often occur. Players are held into their chair by a seatbelt to prevent them from falling out in the event of a collision.

As mentioned above, collisions do frequently occur during a game of wheelchair basketball – but this is allowed. There are certain rules that apply when it comes to making contact with another participant, but after all, this is a contact sport just like any other. 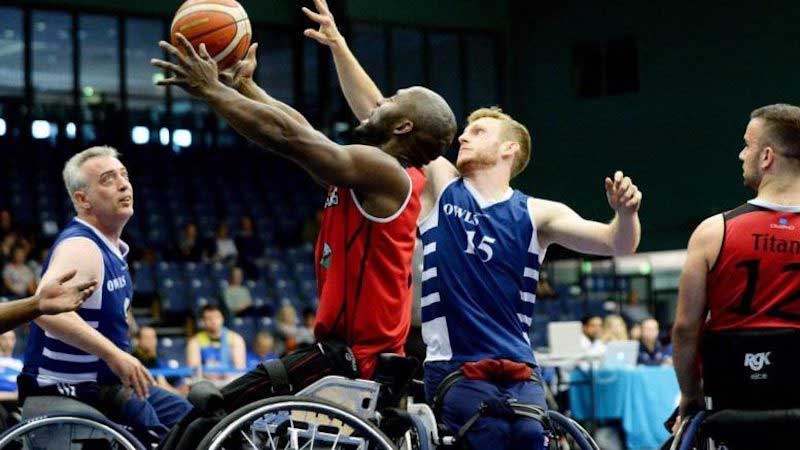 A Great Way to Stay Active

Participating in a sport is a great way to stay physically and mentally healthy, this is true for everyone. There are many adaptive sports to consider, but getting involved in a team activity such as wheelchair basketball is likely to bring many benefits than just improved physical health.

Scientists extract pluripotent stem cells for medical use from an unexpected...