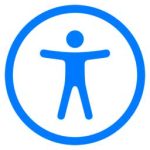 A new Apple accessibility video highlights a variety of features designed to offer independence to people with a range of disabilities.

Set to the soundtrack “I Am the Greatest” by Spinifex Gum (with Marliya Choir), it opens by showing a woman telling Siri to set her morning scene …

Her bedroom blinds open, and Siri gives her a weather report, before she sits up to reveal that she has no arms. Subsequent clips show her using her feet with amazing dexterity to apply makeup and drive, as well as operate her iPhone with the help of AssistiveTouch.

Another example shows a blind musician using audio descriptions to identify things in a dressing room, as well as detecting the stage door through which he enters to begin his performance.

A quadriplegic man uses voice to instruct his iPhone to take photos of himself, then uses gestures like sticking out his tongue and raising his eyebrows to edit the photos.

Other examples include a child having her iPhone read text to her, and a deaf mother being alerted by her Apple Watch that her baby is crying.

The fast-moving, upbeat ad packs in a lot of demonstrations in a video lasting just 2m 20s. It really drives home the power of accessibility features to allow as many people as possible to live independent lives.

You can watch the Apple accessibility video here:

I also spent time recently with Colin Hughes, a quadriplegic disability campaigner who showed how he combines a range of Apple accessibility and HomeKit features to maximize his ability to live an independent life. He says it’s been an amazing year for accessibility.

“It’s been a stellar year for accessibility and Apple technology, particularly for those of us who need voice enhancements. Apple has clearly been listening to what disabled users have been saying, and that’s great to see.”

“These three updates may not seem a lot to some people,” he says, “but they add up to a lot in my day-to-day life, and the ease and independence they offer cannot be overemphasized.”

Alex Taylor – My battle to be stylish as a disabled...