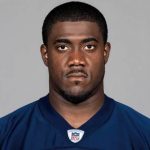 The Miami Project Develops Cooling Therapy Like That Used to Treat

Against all odds, Buffalo Bills’ tight end Kevin Everett, who sustained a disastrous spinal injury during the Bills’ season opener Sept. 9, has been exhibiting significant signs of improvement this week.

Everett’s progress is stunning, coming after the announcement from the team’s orthopaedic surgeon, Dr. Andrew Cappuccino, that it was unlikely Everett would ever walk again. But in the days after this grim, initial prognosis, Everett’s condition began to improve. He is now conscious and has regained a small degree of movement in his ankles, legs and arms.

After the incident, Everett was rushed to Buffalo’s Millard Fillmore Hospital. There his doctors were quick to begin a series of treatments to preclude the onset of permanent paralysis. Everett’s potentially life-threatening injury — a violently displaced vertebra was placing pressure upon his spinal cord — was particularly time-sensitive as injuries to the spine, if not immediately treated, can lead to irrevocable damage.

“What normally happens [in spinal cord injury] is over the next hours and days, the spinal cord itself undergoes massive self-destruction from swelling, from more hemorrhaging, from chemicals that sort of eat up the spinal cord once the damage is started,” Dr. Barth Green, co-founder of the Miami Project to Cure Paralysis, told The Associated Press.

To combat this, doctors quickly worked to relieve the pressure on Everett’s spinal cord, administering an injection of the steroid methylprednisolone as well as an experimental — and controversial — treatment known as mild cooling.

Mild cooling involves an infusion of ice-cold saline into the body to delicately induce a state of Hypothermia.

Dr. Dalton Dietrich is scientific director at the Miami Project to Cure Paralysis and spoke to ABC News about the mild hypothermia treatment, as well as the Miami Project’s mission and the current state of spinal cord injury therapies in general.

Hypothermia as a treatment for SCI and Ischemia — any type of blockage of the blood supply — has been used since the 1960s. But often those treatments involved an extreme instance of hypothermia and subsequently put patients at risk for a variety of complications, including infection.

Dietrich and others at the Miami Project were among the first to recognize the benefits of a more modest cooling process. “My colleagues and I in 1987 published the first paper showing that mild hypothermia was protective in a model of cardiac arrest in rodents,” said Dietrich. “That paper and others in the field showed that mild cooling was a very good therapy for ischemia, traumatic brain injury and spinal cord injury.”

According to Dietrich, cooling early after the injury was shown to improve behavior and decrease structural damage.

Dietrich told ABC News that when he saw the news break on Everett’s injury he immediately e-mailed his associate, Dr. Barth Green, who, it turns out, is close friends with Ralph Wilson, owner of the Buffalo Bills.

Wilson has for many years been a staunch supporter of the Miami Project. Green quickly got into contact with Everett’s physicians and offered his experience in using hypothermia as a possible treatment, only to find out that the therapy was already being implemented.

Some doctors, however, are not convinced of the effectiveness of the hypothermic treatment, and Dietrich emphasized that Everett’s signs of recovery should be attributed to a combination of therapies rather than a single treatment. He made clear that this is an experimental therapy, and one that is not without its shortcomings.

“The window of opportunity to introduce hypothermia may be relatively short. Hypothermia and other treatments have to be initiated early after injury,” said Dietrich. “Thus, unless patients get to the hospital within two to three hours, many therapies are no longer potent in terms of targeting the injury mechanisms that they are directed toward. & Also, cooling has in the past been somewhat difficult to introduce.”

Despite these drawbacks, Dietrich remains enthusiastic about the further avenues of treatment to which mild cooling may open.

“What’s exciting about hypothermia therapy is that it targets multiple injury mechanisms. Drugs target only specific injury cascades, and this particular drug approach may not be the best approach in complicated injuries such as the brain and spinal cord injury. Thus, the advantage of mild cooling is that injury cascades such as program cell death, inflammation, mitochondrial dysfunction and free radical generation are all attenuated.”

Asked about Everett’s future, Dietrich responded, “These cases are extremely complicated, and it will take several weeks to determine the extent of Mr. Everett’s conditions and potential for recovery of function. Nevertheless, the information coming out in the popular news appears to be extremely encouraging, and we all hope and pray for his complete recovery.”

Wheelchair curling at the 2018 Winter Paralympics: All you need to...