No ‘high’ from cannabis pain drugs? 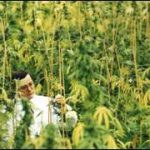 Scientists believe they may have found a way for cannabis chemicals to relieve chronic pain – without the “high” linked with the drug.

The team, based at Imperial College, London, has shown that the active ingredients of cannabis, called cannabinoids, actually work on the spinal cord as well as the brain.

Cannabinoid drugs could in theory be developed to target only the spinal cord, but not the brain.

Dr Andrew Rice, a member of the team, said: “We have achieved the really important step in terms of divorcing the psychoactive side-effects of cannabis from their pain-relieving effects.

“In order to develop clinically-useful drugs based on cannabis, it is important to show that the receptors for cannabinoids are found in the spinal cord, particularly in the areas concerned with pain processing.”

The research was reported on Tuesday in the journal Molecular and Cellular Neuroscience.

Dr Rice is hopeful that the receptors to cannabinoids on the spinal cord could be targeted directly.

This breakthrough mirrors that made in the case of opium-based drugs – or opioids – in the 1970s.

Opioid receptors were also found in the spinal cord as well as the brain, leading to the development of epidural pain killers, frequently now used during childbirth, after operations and for chronic pain.

Cannabinoid receptors might even be better at this job than opioid receptors, said Dr Rice, as nerve injuries caused the latter to disappear.

One of the few studies currently underway to test the effects of cannabis on volunteers has found that patients do not have to take much to gain a therapeutic benefit.

The dose was lower than that needed to “get high”.