Does she have a disability or just an injured leg? 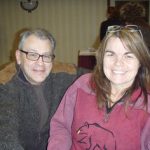 I remember seeing a movie years ago about a girl who is paralyzed but pretends to have a broken leg while on a skiing vacation so she can enjoy a respite from how she ordinarily is treated by society.

The movie’s underlying premise was that people treated her differently when they thought her wheelchair was a temporary fixture in her life instead of a permanent one. It wasn’t a particularly good movie (as evidenced by the fact that both the title and lead actress’ name escape me) but I recently was reminded of it when I saw a friend of mine, Shauna Petrie, a paraplegic since she was 16.

I first met Petrie, 45, from Mississauga, Canada, at the National Scrabble Tournament in Dallas last summer.

It is a testament to how much we both love the game that we headed to hot and muggy Dallas in August to play Scrabble, then chose to spend New Year’s in cold and snowy Albany, N.Y., to play more Scrabble. The snow and ice are difficult for me to navigate, so I can only imagine how hard it must be for someone in a wheelchair.

Petrie’s challenge is compounded by the fact that her left leg, broken in three places, is now in a cast and sticks straight out from the chair.

But Petrie lives an active life, full of sports, travel and, yes, lots of Scrabble. Her wheelchair doesn’t slow her down, and neither does a badly broken leg.

Her situation does, however, provides a unique glimpse into how people view and treat people with disabilities.

Petrie suffered her spinal cord injury in 1981, when she fell 3,000 feet after her parachute didn’t open on her first parachute jump.

“I was a thrill-seeking 16-year old who thought I was invincible,” said Petrie. “I loved roller coasters and anything that was fast and exhilarating.”

When she was told she would never walk again, the impact of what that meant didn’t hit her. Petrie felt fortunate to be alive, so the fact she’d have to spend the rest of her life in a wheelchair was not, as she saw it, life-altering.

It wasn’t until she started rehabilitation and learned her paralysis had an impact on everything she did that Petrie realized she’d have to relearn how to dress herself, drive, bathe, and myriad other tasks she previously had taken for granted.

Luckily for Petrie, a 25-year-old man who had also suffered a spinal cord injury visited her rehab center and offered a hopeful glimpse of how full her life could be.

“He really motivated me because he was engaged to be married, had a child, a driver’s license, and he played sports,” said Petrie.

Petrie resolved to carry on as if she had never been injured, completing her education, getting married, having a child (daughter Saxon, 20) and pursuing a teaching career.

Petrie had always been active and athletic but became even more so after her injury. She pursued wheelchair sports, learning to her delight that female athletes are in high demand on most teams, and she set Canadian records in the wheelchair shot put, discus and 100-, 200- and 400-meter races.

“I actually excelled at a level that I could never have achieved prior to my injury,” said Petrie.

That perspective reflects an attitude that permeates Petrie’s life. When she found that travel – a love she shares with her husband, David Krook, 61 – was logistically challenging for someone in a wheelchair, she and Krook opened a travel agency, Sea Wheels, Inc., that researches cruises and hotels suited to people in wheelchairs and facilitates travel opportunities for people with disabilities.

She also taps into her teaching background to give presentations at rehabilitation centers, offering the same motivation and hope about what life can be like that she was given shortly after her own injury.

What Petrie has noticed, however, is that her own attitude and abilities only get her so far.

How people react to her is often determined by little more than her wheelchair.

“People tend to fall into two camps,” she said. “They either have a comfort level with it or they don’t.”

Those who don’t won’t even make eye contact with her.

Both Petrie and her husband noticed the difference in the way she is perceived once her foot was in a cast.

“When people view the wheelchair as temporary, they are much more likely to make eye contact with me and strike up a conversation with me,” said Petrie.

Krook has had many opportunities to observe this behavior because Petrie, whose bones have become more brittle in the 30 years since she became paraplegic, has broken her leg three times. This time the culprit was a fall during a transfer from wheelchair to shower.

She is more amused than angry about the contrast with how she is treated now.

But she does think it reflects the fact that there is still work to be done as far as society’s views of people with disabilities.

“It’s a question of awareness,” she said. “I’m the same person whether or not I have the cast on.”

It’s a lesson we could all take to heart.

By: Katya Lezin
Katya Lezin is a freelance writer for South Charlotte News.