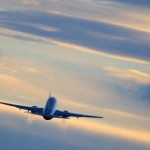 This world of ours is full of barriers and limitations for individuals with disabilities; especially, those who are in power wheelchairs. But, one limitation that should not be accepted is the difficulty of airline transportation for the disabled.

The current standard for air travel for those in power wheelchairs is exhausting, dangerous, many times embarrassing and utterly unacceptable. It is also a process that has the opportunity of improving and eventually being fixed; Ben Trockman’s idea for a solution is included on his blog, which is attached below.

Such a change would knock down the current barriers of airline travel for the over three and a half million Americans who are currently wheelchair users. Everyone, absolutely everyone, should have the opportunity to travel the world by air; sign the petition if you agree.

Read the full Accessible Airlines Proposal on Ben Trockman’s blog by clicking the link below.
http://bensopinions.blogspot.com/2013/02/accessible-airlines-proposal.html