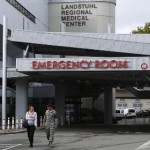 Washington, August 26 (ANI): Researchers have discovered a new technique called Biphasic Electrical stimulation (BES), a non-chemical procedure, that they believe can be used for spinal cord injury patients in the future.

Transplantation of Stem Cells is a potential clinical therapy for repair and regeneration of injured spinal cord, and brings new hope for patients. However, the survival rate of transplanted cells is relatively low as the cells are particularly vulnerable to apoptosis in the spinal cord.

Factors proposed for causing such low survival include immune reactions, limited trophic factors and hypoxia. It appears that a lack of adequate growth factors plays an important role in the survival of transplanted cells.

Yubo Fan , professor of Biological Science and Medical Engineering at Beihang and senior author, said that they have shown for the very first time that BES may provide insight into preventing growth factor deprivation-triggered apoptosis in olfactory bulb neural precursor cells (OB NPCs).

Fan explained that these findings suggest that BES may thus be used as a strategy to improve cell survival and prevent cell apoptosis in stem cell-based transplantation therapies.

The team of researchers investigated the protective effects of BES on growth factor-deprived apoptosis in OB NPCs. The NPCs were exposed to 12 h of BES.

The results were that BES enhanced cell survival and prevented the apoptosis of NPCs caused by growth factor deprivation. The anti-apoptotic effect of BES was dependent on the activation of the PI3K/Akt signaling cascade and an increase in brain-derived neurotrophic factor (BDNF) production.

Fan said that what was especially surprising and exciting was that a non-chemical procedure can prevent apoptosis in stem cells therapy for spinal cord injury patients.

Fan said that how BES precisely regulates the survival of exogenous stem cells is still unknown, but will be an extremely novel area of research on spinal cord injury in the future.

The article has been published in Experimental Biology and Medicine.