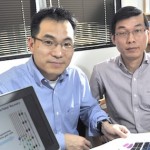 Although the research indicates it may someday be possible to regenerate neurons from the body’s own cells to repair traumatic brain injury or spinal cord damage or to treat conditions such as Alzheimer’s disease, the researchers stressed that it is too soon to know whether the neurons created in these initial studies resulted in any functional improvements, a goal for future research.

Spinal cord injuries can lead to an irreversible loss of neurons, and along with scarring, can ultimately lead to impaired motor and sensory functions. Scientists are hopeful that regenerating cells can be an avenue to repair damage, but adult spinal cords have limited ability to produce new neurons. Biomedical scientists have transplanted stem cells to replace neurons, but have faced other hurdles, underscoring the need for new methods of replenishing lost cells.

“Our earlier work was the first to clearly show in vivo (in a living animal) that mature astrocytes can be reprogrammed to become functional neurons without the need of cell transplantation. The current study did something similar in the spine, turning scar-forming astrocytes into progenitor cells called neuroblasts that regenerated into neurons,” said Dr. Chun-Li Zhang, assistant professor of molecular biology at UT Southwestern and senior author of both studies.

“Astrocytes are abundant and widely distributed both in the brain and in the spinal cord. In response to injury, these cells proliferate and contribute to scar formation. Once a scar has formed, it seals the injured area and creates a mechanical and biochemical barrier to neural regeneration,” Dr. Zhang explained. “Our results indicate that the astrocytes may be ideal targets for in vivo reprogramming.”

The scientists’ two-step approach first introduces a biological substance that regulates the expression of genes, called a transcription factor, into areas of the brain or spinal cord where that factor is not highly expressed in adult mice. Of 12 transcription factors tested, only SOX2 switched fully differentiated, adult astrocytes to an earlier neuronal precursor, or neuroblast, stage of development, Dr. Zhang said.

In the second step, the researchers gave the mice a drug called valproic acid (VPA) that encouraged the survival of the neuroblasts and their maturation (differentiation) into neurons. VPA has been used to treat epilepsy for more than half a century and also is prescribed to treat bipolar disorder and to prevent migraine headaches, he said.

The current study reports neurogenesis (neuron creation) occurred in the spinal cords of both adult and aged (over one-year old) mice of both sexes, although the response was much weaker in the aged mice, Dr. Zhang said. Researchers now are searching for ways to boost the number and speed of neuron creation. Neuroblasts took four weeks to form and eight weeks to mature into neurons, slower than neurogenesis reported in lab dish experiments, so researchers plan to conduct experiments to determine if the slower pace helps the newly generated neurons properly integrate into their environment.

In the spinal cord study, SOX2-induced mature neurons created from reprogramming of astrocytes persisted for 210 days after the start of the experiment, the longest time the researchers examined, he added.

Because tumor growth is a concern when cells are reprogrammed to an earlier stage of development, the researchers followed the mice in the Nature Cell Biology study for nearly a year to look for signs of tumor formation and reported finding none.

Scotland gets landmark housing project for people with spinal injuries