Documentary chronicles the passion and perseverance of Nick and Marc Buoniconti 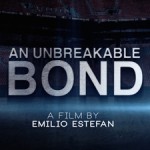 A Miami International Film Festival documentary details the unbreakable bond between NFL Hall of Fame linebacker Nick Buoniconti and his son, Marc, as they search for a cure for spinal cord injuries.

A horrific injury during a college football game left the son a quadriplegic at age 19, his future uncertain, his neck dislocated at the third and fourth cervical vertebrae. It gave the father, however, a new mission.

Now the story of Marc and Nick Buoniconti — their refusal to accept paralysis as a life sentence, their perseverance in the face of long odds, their love and devotion for each other — is chronicled in a film that tells the story of their nearly three-decade quest to find a cure for spinal cord injuries.

An Unbreakable Bond, an hour-long documentary produced by Miami media mogul Emilio Estefan, will premiere at 6:30 p.m. Tuesday at the Olympia Theater at the Gusman Center for the Performing Arts as part of Miami Dade College’s Miami International Film Festival.

Narrated by Grammy Award winner and Buoniconti Fund Board member Gloria Estefan, the documentary tracks the Buonicontis’ lives from that fateful autumn in 1985 through the creation of The Miami Project to Cure Paralysis and, finally, to the present, as the father-son duo continue to advocate for spinal cord research.

“The film is about rallying behind a cause,” said Marc Buoniconti, 47, who has used a wheelchair since his injury. “We want more people to get involved, so collectively we can find a cure.”

Added Nick Buoniconti, 73, NFL Hall of Famer and former Miami Dolphins linebacker: “We hope it takes despair, the despair many people feel, and raises it to hope.”

Ultimately, however, the story focuses on the father and son — along with a cast of characters including world-renowned neurosurgeon Barth Green — as they work to use their struggles to help others who have suffered the same devastating fate. As recently as this week, Mark underwent surgery and was recovering. The family did not give details.

The filming and production took about a year, but the idea had been percolating in Emilio Estefan’s mind for much longer. Estefan, who produced his first full-length documentary about pioneers of Cuban music in 2008, has known the Buonicontis for years. He and wife Gloria were early supporters of The Miami Project.

The search for a cure is a cause dear to the Estefans’ hearts. In 1990, while on tour to promote an album, Gloria was critically injured when a semi-truck crashed into her tour bus during a snowstorm. She suffered a fractured spine but recovered after months of therapy.

The interaction between Marc and Nick Buoniconti and their unwavering support for The Miami Project to Cure Paralysis was “a story that needed to be told,” Estefan said. “They are truly two of my heroes. They should be role models for all.”

The Buonicontis weren’t entirely sold on the idea when Estefan first approached them. “It was a little out of the comfort zone,” Marc Buoniconti said. “It’s not easy to let someone into your bedroom and bathroom.”

What convinced them? Estefan pointed out that the film would spread the word about the search for a cure while also bringing attention to The Miami Project’s clinical trials and The Buoniconti Fund to Cure Paralysis, a nonprofit group founded in 1992 to help The Miami Project, a University of Miami research center.

“If we can use our name and our story for the benefit of the project, then we’re helping millions of people,” Marc Buoniconti said.

The Miami Project includes more than 300 scientists, researchers and other support staffers. As part of the mission to find a cure for spinal cord injuries, researchers are conducting or participating in more than 10 clinical trials.

The Lancet Neurology: Pioneering study suggests that an exoskeleton for tetraplegia...