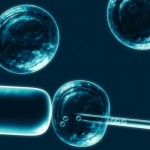 Scientists at the Research Institute for Stem Cell Research in Los Angeles have provided new hope in a breakthrough stem cell research paper published last Thursday. The new study documents the successful duplication of adult stem cells using the subject’s own DNA. The team, led by researcher Young Gie Chung, was able to turn skin cells extracted from an adult male into a hallow ovum, the ovum then multiplies and divides creating an embryo. While some scientists say the discovery is “not-earth-shattering,” others are more hopeful, saying nuclear transfer may be the first step in using stem cells ethically to cure degenerative diseases.

The process was developed as part of a scientific initiative to pursue therapeutic cloning, as opposed reproductive cloning. Researchers leading the study removed skin cells from the subject, fusing them to an empty ovum using a jolt of electricity. With this new method, researchers hope to perfect a way to use the subject’s own DNA to create cells that can fight a variety degenerative diseases. The process was successful using skin cells of two men ages 35 and 75.

The technique for this latest breakthrough in human stem cell research was first used in 1996 to clone Dolly the sheep, but this study marks the first time the method has been used on humans in order to create stem cells from adults. This stem cell breakthrough could provide new hope to those with degenerative diseases. Somatic cell nuclear transfer, or SCNT, could lead to the ability to regrow any type of human organs and tissue for regenerative purposes. Last year, a team of scientists used this method to create stem cells from the skin of babies but it was unclear whether it would be successful with adult cells.

Years ago, when scientists were beginning to explore the therapeutic potential of stem cells, the only way to create them was to harvest cells from an embryo with the same DNA as the subject, meaning scientists had to clone an embryo that matched the patient. The approach led to ethical debates, and scientists began to explore the use of induced cells as an alternative. However, there was some doubt that induced cells would be as flexible in treatment as those harvested from an embryo, and now it seems the SCNT method may offer yet another alternative through the creation of early embryos from adults.

The new findings could lead to tissue-transplant for a number of diseases such as Parkinson’s disease, heart disease, spinal cord injury, and multiple sclerosis. Despite the potential of the SCNT method of stem cell production, this recent breakthrough may reignite ethical debates about creating human embryos for experimental purposes, largely because scientists could theoretically employ the same technique to produce cloned babies. More than 15 states have laws against human cloning, and about 7 states have banned cloning for both reproductive and therapeutic purposes. The SCNT method cannot produce a human clone, even if the embryo is implanted into a womb, but since the embryos in the study still contain human DNA further research could make it possible for scientists to perfectly clone the original subject, a process officially banned by the United Nations following the 1997 controversy over Dolly the sheep. While some worry that the techniques in the SCNT cloning process are the first step to cloning a baby with the same genetic makeup as the donor, others find new hope for curing degenerative diseases in this latest stem cell breakthrough.