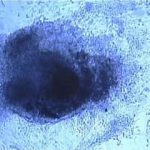 Christopher Reeve didn’t live to see the day he worked so hard for, a treatment with the potential to repair spinal cords that would allow paraplegics to walk again.

The testing will be done by the Geron Corporation where they’ve already done research on rats with damaged spinal cords. In those studies, they injected embryonic stem cells in to the damaged area. The nerve flow is then restored, and the formerly paralyzed rat can walk again.

“So far everything has been kept in the culture dish or in animal models, so now we’re finally taking it to patients who actually have clinical problems,” said Dr. Neil Theise, a researcher.

Stem cells can theoretically develop into any cell of the body, and scientists have long hoped to harness them to treat spinal cord injuries, as well as other illnesses.

Embryo’s used for their stem cells usually are donated from fertility clinics where they’re no longer needed. But it’s controversial because the embryo’s are destroyed in the process. Opponents say it’s killing human life.