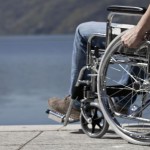 Technologies have long been focused on making it possible for paralyzed people to move again, particularly after the famous ‘Superman’ actor Christopher Reeve died 10 years ago. Although there’s no magic cure for it as of yet, Reeve’s son claims that the efforts made in the past decade would have definitely made him ‘excited’.

Brain-computer interfaces, electrical stimulation, exoskeletons and pharmaceutical therapies have made their mark in terms of restoring the mobility, and certain other functions of paralyzed individuals. On the other hand, Reeve, who got paralyzed from the neck down after an accident in 1995 happened to be a committed activist for research into spinal cord injury right until his death in 2004.

According to Reeve’s son, Matthew Reeve, “When my father was first injured almost 20 years ago, spinal cord injury research was considered a dead end. Since then, we’ve made incredible progress”.

As the latest initiative, a technology known as epidural spine stimulation has proved rather efficient in restoring movement to four paralyzed individuals. This technology involves implanting a device that sends electrical signals to the spine. As Matthew Reeve stated, the device “reawakens the spinal cord and reminds of its potential. Right now, it’s the most promising therapy today”.

To learn more about the BIG IDEA campaign, go to ReeveBigIdea.

Injured archer not forgotten at tournament