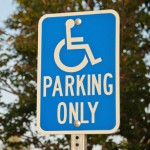 Stiffer penalties and stepped up enforcement are among the measures states are taking to help ensure that accessible parking spaces are available for those who truly need them.

In some cities, drivers with disabilities trying to find accessible parking spaces are often out of luck, because many of those spots are taken by able-bodied people who use parking placards intended for those with disabilities to get a choice spot or save a few bucks.

The misuse of these permits, which usually hang on rearview mirrors or sit on dashboards, is a growing problem. It is especially acute in large cities, where parking is expensive and availability is limited.

“This is a significant issue for our members,” said Mark Perriello, president of the American Association of People with Disabilities, a national disability rights group. “When people are out shopping or dining, they need these spots. When they can’t find them, it leaves people with disabilities out on the sidelines.”

Some states, which typically issue the placards, are combating abuse of these privileges by imposing stiffer penalties or stepping up enforcement. A few have chosen to end free parking for people with disabilities or have left that decision to the cities. Others are looking more closely at who gets these permits.

At least three states — Massachusetts, New Mexico and South Carolina — now require that placards display a photo of the person to whom they are issued. (Massachusetts and New Mexico provide a sleeve or flap to cover it for privacy.) Similar legislation was introduced in Tennessee and Pennsylvania, but failed, according to the National Conference of State Legislatures (NCSL).

Some states have enacted penalties for misusing handicapped placards, stickers or plates. In Connecticut, for example, using a dead person’s placard can result in a $500 fine. In New Jersey, anyone convicted of making a false statement or providing misinformation to get a placard is subject to a fine of up to $10,000 and 18 months in prison.

Some motor vehicle departments are using bar codes on placards or providing police instant access to a database that can help them verify who the hanging permit was issued to, said Catherine Curtis, director of vehicle programs for the American Association of Motor Vehicle Administrators.

“It’s really unfortunate some people are using a space they don’t need to,” Curtis said. “It’s really an abuse of the system.”

Accessible parking placards allow people to park in designated spots and often for free at meters, sometimes all day. Most states require a doctor to certify that a person has a disability before issuing a placard, and recipients usually are not allowed to loan them to others.

These permits can be misused in a number of ways. Someone may drop off a relative with a disability at the doctor’s office, then run an errand and illegally park in an accessible spot or without paying at a meter. A family member may use a placard issued to someone who has died. Or a fraudster may steal a placard or forge a doctor’s signature to get one.

“The parking rates are escalating and there’s more and more abuse of the program. People want to park for free. They say, ‘Let’s just use grandma’s placard’,” said Bill Bogdan, disability liaison for the Illinois Secretary of State’s office. “It’s difficult to enforce. It takes man hours. Nine times out of 10, police are very busy and they don’t have the time to do surveillance. So people figure it’s worth the risk.”

This doesn’t just create headaches for drivers with disabilities. Merchants complain that it is bad for business, because there is no turnover when people improperly park in front of the same store all day. And cities say they’re losing revenue because able-bodied people who should be paying for meters aren’t.

In Chicago, for example, the city agreed last year to pay a private company that leases its meters $54.9 million to make up for revenue it said it lost because of people using the placards to park for free. This included both drivers with disabilities and those who violated the privileges.

Is Free Parking the Problem?

About two-dozen states have laws that allow people with placards to park for free at metered spaces, and the majority of them have no time limit, according to a 2012 study published in the Journal of Planning Education and Research. The report concludes that these states’ nonpayment privileges invite fraud and abuse.

Michael Manville, an assistant professor of city and regional planning at Cornell University who co-authored the study, said that while it’s “vitally important” to issue placards to people with disabilities so they can park in designated spaces near ramps and doorways, they shouldn’t be allowed to park anywhere for as long as they like for free.

“If it wasn’t free, there’d be no incentive at all for someone without a legitimate disability to have a placard,” he said. “If you’re in downtown Los Angeles, downtown Chicago, downtown Seattle, this carries a lot of value.”

Manville also criticized some states’ laws for being overly broad in how they determine whether people are qualified for handicapped parking credentials. In California, he noted, a doctor, certified nurse midwife, nurse practitioner, physician assistant, chiropractor or optometrist can certify that a person needs a disability placard.

“These laws tend to invite a lot of fraud. It’s not that hard to get a disabled placard,” Manville said, adding that they are issued for everything from serious, permanent mobility impairments to having a sprained ankle.

As of January, California had issued 2.6 million handicapped placards, according to the state motor vehicles department.

In a few states, legislatures have changed their park-for-free laws, requiring drivers with disabilities to pay for parking or severely restricting that privilege to a more narrowly defined group or allowing local jurisdictions to opt out.

In Illinois, for example, a new law took effect in January that eliminated the old system of exempting everyone with a handicapped placard from meter fees, and instead, created a tiered system. People with disabilities can still receive blue handicapped placards and park in designated spots, but they have to feed the meter.

Those who meet a more stringent set of standards, such as not having hand dexterity or being unable to reach above 42 inches in height or not being able to approach a meter because of a wheelchair, cane or crutch, are given a yellow meter-exempt placard and allowed to park for free.

Bogdan, of the secretary of state’s office, said the statutory changes, which also included stepped-up penalties for violators, were necessary because placard misuse and fraud had become a big problem in the state, particularly in Chicago, where it can cost $6.50 an hour to park downtown.

Bogdan said some scammers were reproducing or creating phony placards or altering the expiration dates, which are hole-punched, using glue or car wax to stick in a different month.

“You wouldn’t believe the lengths you see that people will go to in abusing this program,” Bogdan said.

Tiffany James, spokesperson for the Baltimore City Parking Authority, said that the city acted because of a massive amount of placard fraud. She said drivers without disabilities were buying placards illegally or stealing them and then parking all day for free.

“Lots of blocks in this area had 60 to 70 percent of the cars with disability placards,” James said. “The higher the off-street parking lot rate, the higher the meter rate, the more valuable the placards became.”

The placards were selling for about $150 on the black market, James said. “If you wanted some quick cash, you could break into a car, grab a placard and sell it.”

James said that the changes already have had a significant impact. For several years, the city had averaged about 23 stolen placards a month. In September, only one was stolen.

“I took a video before we launched. Every single car in a particular block had a disability placard,” she said. “After we launched, not a single one did.”

But Kelly Buckland, executive director of the National Council on Independent Living, an advocacy group for people with disabilities, cautions that states and cities that eliminate free parking may be violating the Americans with Disabilities Act by preventing access.

Buckland, who has a spinal cord injury and uses a power wheelchair, said that he and many people with disabilities aren’t able to use meters because they can’t operate them with a closed fist or the meter is located in a place that is inaccessible for a wheelchair.

He said that last year, he got a ticket in Arlington, Va., which charges people with disabilities for parking, because he couldn’t feed the meter. He went to court and the ticket was dismissed.

“If you’re going to charge people, you need to make darn sure that you’re providing the same level of access that everybody else has, and we don’t feel that these cities are meeting that test,” Buckland said.

State officials say enforcing the law is labor intensive and often involves officers staking out a parked vehicle for hours, waiting for somebody to return to it, then checking whether the placard hanging on the mirror was issued to that person.

Some areas have turned to citizen patrol volunteers to issue warnings and citations. Others have launched massive law enforcement sweeps or targeted specific areas for enforcement crackdowns.

In California, where people with disabilities with a placard can park for free, three people in San Francisco were charged with felonies in July for submitting false documents to the motor vehicles department to get handicapped parking placards. Authorities alleged that they forged doctors’ signatures and submitted phony medical diagnoses.

When California authorities conducted a one-day statewide operation in October 2013, they wound up issuing 241 misdemeanor citations, said Vito Scattaglia, deputy chief of the Department of Motor Vehicles’ division of investigations.

“If we contact 100 people displaying the placard during one of our investigations in our target areas, it’s not unusual to write citations to 25 of those people,” he said.

But Cornell University’s Manville said that while police stake-outs and sweeps may work well in the short term, there’s little evidence that they’re effective in the long run, so that abuses will continue as long as the parking remains free.

“You’ve created all the conditions for a lot of fraud and a black market and it’s really hard to enforce,” he said.

Bogdan, of the Illinois secretary of state’s office, said he’s hopeful that the combination of enforcement and new laws beefing up penalties and creating stricter eligibility standards will allow people with disabilities the access they need to remain independent.

“When you have people who abuse this program, that makes it very hard for others who need it,” said Bogdan, who has used a wheelchair for decades because he has a cancerous spine tumor. “This impacts my daily life. It makes it that hard for me to do my shopping, to go to my doctor’s appointment. It makes it very difficult for me to live my life.”

Stateline is a nonpartisan, nonprofit news service of the Pew Charitable Trusts that provides daily reporting and analysis on trends in state policy.