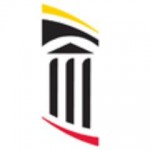 Baltimore, Md., November 14, 2014–Most research on spinal cord injuries has focused on effects due to spinal cord damage and scientists have neglected the effects on brain function. University of Maryland School of Medicine (UM SOM) researchers have found for the first time that spinal cord injuries (SCI) can cause widespread and sustained brain inflammation that leads to progressive loss of nerve cells, with associated cognitive problems and depression.

The research, published recently in two articles, one in of the Journal of Neuroscience, the other in Cell Cycle, highlights the close links between spinal cord injury and loss of brain function, and suggests potential treatment to prevent such changes.

“Our studies the first to show that isolated SCI can cause progressive loss of brain cells in key brain regions,” said Faden. “The brain degeneration was demonstrated in different experimental models and animals. We also have identified certain molecular mechanisms responsible for these pathological changes and shown that certain drugs can prevent these injuries, including inflammation, brain cell loss, cognitive decline and depressive-like behaviors after injury.”

“This is an important and significant advancement in our understanding of the overall effects of spinal cord injuries,” said UM SOM Dean E. Albert Reece, MD, PhD, MBA. “The link between spinal trauma and brain function is now more clear, and we believe that further research in this area will offer the hope of new ways to treat this devastating trauma, and perhaps even reverse its effects on the brain.”

About the University of Maryland School of Medicine

The University of Maryland School of Medicine was chartered in 1807 and is the first public medical school in the United States and continues today as an innovative leader in accelerating innovation and discovery in medicine. The School of Medicine is the founding school of the University of Maryland and is an integral part of the 11-campus University System of Maryland. Located on the University of Maryland’s Baltimore campus, the School of Medicine works closely with the University of Maryland Medical Center and Medical System to provide a research-intensive, academic and clinically based education. With 43 academic departments, centers and institutes and a faculty of more than 3,000 physicians and research scientists plus more than $400 million in extramural funding, the School is regarded as one of the leading biomedical research institutions in the U.S. with top-tier faculty and programs in cancer, brain science, surgery and transplantation, trauma and emergency medicine, vaccine development and human genomics, among other centers of excellence. The School is not only concerned with the health of the citizens of Maryland and the nation, but also has a global presence, with research and treatment facilities in more than 30 countries around the world. http://medschool.umaryland.edu/

What About Help With Rehabilitation, Training Or Education?

How many people have SCI? Who are they?