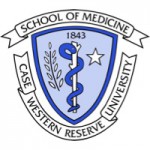 Case Western Reserve researchers have developed a procedure that restores function to muscles involved in the control of breathing – even when they have been paralyzed for more than a year. The breakthrough offers hope that one day patients with severe spinal cord injuries will be able to breathe again without the assistance of a ventilator.

Principal investigator Philippa M. Warren, PhD, presented the results Nov. 17 at Neuroscience 2014, the annual meeting of the Society for Neuroscience. The research represents a critical step forward in efforts to reverse even long-term paralysis of muscles within the diaphragm that are activated by nerve fibers that extend from the upper part of the brain stem. When those fibers are damaged in the spinal cord, electrical signals from the brain cannot reach motor nerves that leave the spinal cord to activate muscles that control vital functions. This new research offers a two-step approach to repair the part of the damage that blocks those signals.

“We show that respiratory paralysis can be reversed at long intervals after spinal cord injury,” said Warren, a neurosciences researcher at MetroHealth Medical Center, which is affiliated with Case Western Reserve University School of Medicine. “This has the potential to alleviate the long suffering of currently injured patients, improving their quality, and potentially length, of life.”

Investigators focused their research on a group of nerves that extend from the respiratory control center in the brain stem down to the C3 through C5 vertebral levels of the spinal cord located in the middle of the neck. These fibers, or brain axons, control the diaphragm muscle in its critical function of breathing. Any injury to the spinal cord above the C3 vertebra can cause widespread muscle paralysis leading to difficulties in breathing, but also moving, regulation of cardiac output, and sexual function. Unfortunately, these injuries high in the neck are the most common among sufferers of spinal cord trauma.

Following injury to the spinal cord, damaged nerve fibers die, causing loss of the connections between the brain and muscles of the body. To help preserve tissue immediately after injury, a scar forms at the site of the trauma and extends the distance of several inches up and down the spinal cord. This scar tissue is very dense, contains sugars that inhibit new neuronal growth, and does not reduce in length or intensity over time. The consequence is that new connections cannot form to enable muscle function after injury, which is exceptionally important to breathing.

In laboratory animals, investigators used the combination technique to restore respiratory function many months after the injury. First, they injected the chondroitinase enzyme at the site of respiratory nerves in the spinal cord to remove the inhibiting sugars from scar tissue. The action of the enzyme enabled both the formation of new connections and stimulation of latent pathways in the respiratory motor system. Second, the animals were exposed to brief periods of conditions with low oxygen, making them breathe harder and faster to rehabilitate the respiratory muscles. This treatment approach is referred to as intermittent hypoxia.

The combination enzyme injection and intermittent hypoxia treatment boosts levels of serotonin. Commonly known to help relieve anxiety disorders, serotonin also acts more broadly as a neurotransmitter to help stimulate nerve cells. By increasing serotonin at nerve connections and at the specific receptors on the fibers themselves, the researchers were able to help restore diaphragm function back to normal levels in the animals. This finding is extraordinary not only because function to the paralyzed muscle was completely restored, but also because researchers were able to achieve breathing in animals that had been injured for a year and a half.

“It is remarkable to reactivate the diaphragm and breathing in a chronically injured animal that has had a paralyzed half diaphragm most of its life,” said Jerry Silver, PhD, a Case Western Reserve professor of neurosciences who collaborated in the research.

While these results are encouraging, more research is required to perfect the treatment. More than two-thirds of the animals in the study responded to the combined treatment strategy, while the treatment had no effect on the remaining animals. Two thirds of the animals that responded to the combined treatment resumed normal breathing, while the other third experienced erratic breathing in the injured muscle.

Investigators found that the animals with erratic breathing were flooded with too much serotonin during their treatment. A simple fix involved administering a serotonin receptor blocker, which restored these animals to normal breathing. Researchers are currently studying further the serotonin-overload phenomenon in animals to expand their knowledge of the chondroitinase enzyme/intermittent hypoxia treatment strategy. While this treatment strategy holds great promise for use in humans, the technique must first be optimized and shown to be effective in larger animals with spinal cords more similar in size to that of humans.

“Treatment increased the strength of nerve connections, not at the site of injury, but where the diaphragm nerves leave the spinal cord,” Warren said. “This may have huge implications for the treatment of sufferers with spinal cord injury. Our work offers new hope that it might be possible in the future to repair paralyzed respiratory muscle activity, even at long time periods after severe spinal injury, allowing patients to breathe normally again.”

Annually, the School of Medicine trains more than 800 MD and MD/PhD students and ranks in the top 25 among U.S. research-oriented medical schools as designated by U.S. News & World Report’s “Guide to Graduate Education.”