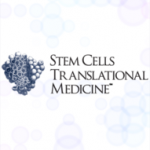 Previous research conducted by various groups had indicated stem cell treatments helped rats with SCI. “But because there are distinct differences in the nervous system and immunological responses between rodents and primates, it is critical to determine how effective and safe the injections might be in a non-human primate SCI model as part of the translational research required for clinical trials,” explained Hideyuki Okano, M.D., Ph.D., of Keio University School of Medicine’s physiology department and a co-author of the new study.

In this study, the researchers grafted neural stem/progenitor cells (NS/PCs) derived from marmoset (a type of monkey) embryonic stem cells into adult marmosets suffering from a moderately bruised spinal cord. “The advantage of using common marmosets is the similarity between their nervous system and immunological responses and those of humans,” Dr. Okano said.

The injections were given 14 days after the SCI occurred, which research shows is an optimal time window for SCI therapy as inflammation has generally subsided by then and scar tissue has not yet had time to form.  (Doctors believe that an incomplete spinal cord injury, such as those of the study animals, offers better chance for recovery than a complete SCI injury.) The results were promising.

“Eventually, motor function recovery significantly improved in the transplantation group compared to a control group that did not receive stem cells,” reported co-author Masaya Nakamura, M.D., Ph.D., of Keio’s Department of Orthopedic Surgery. “An animal in the control group, for example, could not raise her hands up to head height at 12 weeks after injury when motor function almost plateaus. On the other hand, at the same point in time a transplanted animal was able to jump successfully and run so fast it was difficult for us to catch her. She could also grip a pen at 3 cm. above head-height.”

In addition, he added, there were no signs of immune rejection or tumors, which have been a side effect of some stem cell therapies.

The researchers say this study is a step forward in their goal is to improve patients with complete SCI at the chronic phase. “But we believe it will require a combination of stem cell transplantation, rehabilitation and pharmacological therapy, with the stem cells a key part of the treatment,” Dr. Okano added.