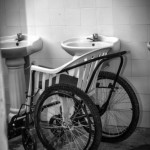 “Research in this field is progressing but, predictably, has a long way to go”

Believe it or not, we are electrical creatures. Each and every living cell in your body is electrically active. The sodium-potassium pump, which you may remember from secondary school biology, pumps sodium ions out of the cell and potassium ions in, creating a difference in charge across the cell membrane. Neurons exploit these differences in charge and ion concentrations to rapidly carry signals down the length of their cell bodies and trigger the release of chemical messengers.

Given the importance of electricity in such varied and important biological functions, clinicians have long hoped to use it for therapeutic applications. Some of this research is hair-raisingly ambitious, even borderline sci-fi. Take, for example, the brain-computer interface. The principle is straightforward: the brain transmits specific information – such as to reach forward and grab a water bottle – via a specific pattern of electrical signals. Therefore, it ought to be possible to record electrical activity in the brain, pick out patterns in the signal, and convey those patterns as instructions to a computer. Combine such an interface with sophisticated robotics and then people who suffered spinal cord injuries or amputations could control a new, prosthetic limb via thought.

Research in this field is progressing but, predictably, has a long way to go. While interning in Florida, my lab supervisor strapped me into a wildly expensive tangle of electrodes and amplifiers. I typed on a computer directly from my mind… but it took me five minutes to spell ‘ice cream.’ While many moon-shot projects are trucking along, others – such as the Cambridge researchers led by Professor James Fawcett – aim to use such biorobotics to solve pressing medical issues in the here and now.

Current therapies leave a lot to be desired. The most common treatment is to use botulinum toxin to paralyse the bladder so that it can then be drained with a catheter. A more elegant solution is the Finetech-Brindley Sacral Anterior Root Stimulator, a prosthetic surgically implanted within the pelvis. This device connects to the nerves linking the spinal cord to the bladder and, when the patient presses a button, stimulates the nerves in such a way as to cause urination, effectively returning voluntary urination to the individual’s control. In order to prevent involuntary urination, however, surgeons must sever nerves in the pelvis necessary for, among other things, erections and vaginal lubrication.

Many patients are understandably put off by such complications. Fawcett and his colleagues have tested in animals an improvement to this system which eliminates the need to sever those nerves. Instead of cutting the nerves, the new device monitors the electrical activity of these nerves, which carries information on the fullness of the bladder back to the spinal cord.

By listening in on this flow of information, the device can stimulate the nerves to prevent unwanted urination, detect when the bladder is full, and inform the user when bladder voiding is necessary. The group’s work, which has been published in the prestigious Science Translational Medicine journal, demonstrates that technologies as far-fetched as biological-computer interfaces will soon benefit human beings in the present.