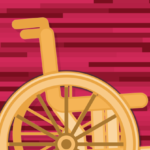 For the past seven years, the Canadian technology developer Komodo Openlabs has been working on a device called Tecla that allow users with limited mobility to control electronic devices.

Designed for users who have trouble operating smartphones, tablets, or computers because of limited upper-body mobility caused by spinal cord injuries, multiple sclerosis, ALS, muscular dystrophy, cerebral palsy, brain injuries or a stroke, the original Tecla product could only work with one device at a time.

Now, Tecla is giving its technology an upgrade by integrating controls for connected home devices into and expanding the number of devices that can be controlled through the Tecla unit at one time(bumping controls from one device to eight).

The company’s technology integrates with a wheelchair’s control mechanism and allows users to interact with either their personal computer, smartphone or tablet by making the same movements they use to control their wheelchairs.

Komodo Openlabs began in 2010 as a collaboration between Mauricio Meza, the company’s chief executive officer and a former assistive technology consultant at the Toronto Rehabilitation Institute, and Jorge Silva, a former researcher at the University of Toronto’s Holland Bloorview Kids Rehab Hospital, and OCAD University — home to Canada’s Inclusive Design and Research Center (which focuses on accessibility).

It now boasts around 3,000 users in 23 countries around the world, but according to chief executive Mauricio Meza, the company’s market is far larger.

There are roughly 6 million people in the U.S. alone who could benefit from the company’s accessibility technologies, Meza told me in an interview earlier this year.

The company sold its initial product for $349, with much of the cost covered by insurance, Meza said. “There is funding for assistive devices,” he said.

The new, upgraded version will have a starting price of $499. We covered Tecla’s tech back when the company showed its device helping users play Pokemon Go, but the benefits are more basic than that.

For some users, the device lets them make phone calls and read books for the first time in years. As one user in a marketing video for the company declares, it’s about “dignity”.

Piloting a wheelchair with the power of the mind