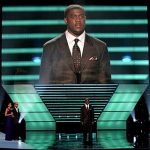 Kevin Everett’s playing career ended in the first game of the 2007 NFL season. At the beginning of the second quarter, the third-year Buffalo Bills tight end swooped in to tackle Denver Broncos kick returner Domenik Hixon.

Their helmets collided. Everett, 26, stiffened and fell to the ground. As medics attended to the injured player, thousands of Bills fans crammed into Ralph Wilson Stadium, and the 50-plus members of the team’s playing and coaching staff waited for a signal from the fallen player—a thumb’s up or a wave.

But there was nothing.

“The initial assessment was that Kevin was not able to voluntarily move his extremities,” recalls Christopher Fischetti, assistant athletic trainer for the Buffalo Bills [full disclosure: Fischetti is the brother of Scientific American editor Mark Fischetti]. Everett’s doctors would later confirm that a spinal cord injury had left the young player paralyzed from the neck down. The prognosis: that he would be wheelchair-bound for life.

How did he make such a spectacular recovery?

“I will hang a good portion of my belief in this recovery on cold therapy,” Everett’s head surgeon Andrew Cappuccino told The New York Times in September, “because we don’t normally see this recovery in people with spinal cord injury.”

Cold therapy—or Hypothermia therapy—is an experimental treatment in which a patient’s body temperature is lowered to slow metabolic activity. This cooling appears to protect or reduce damage to the nervous system after a traumatic injury by preventing cell damage and inflammation, which is the immune system’s response to injury. The process is similar to icing a battered limb after an accident to reduce swelling.

During transport to the emergency room—15 minutes after Everett dislocated his spinal cord in his neck—doctors chilled his body by giving him two liters of an icy saltwater solution intravenously. When he reached the hospital, he endured over four hours of surgery to successfully realign his neck. Doctors gave him the same fluid overnight to maintain his body temperature at 92 degrees Fahrenheit (33.3 degrees Celsius) for 24 hours to counteract inflammation and fever.

Although this treatment is already routinely used in hospitals to preserve transplant organs and reduce the body’s need for oxygenated blood during heart or brain surgery, its use on trauma victims remains controversial and studies of its effectiveness are inconclusive. Some experts caution that mild hypothermia may actually do more harm than good—several studies have shown that cooling the body can have dangerous side effects, including infection, an irregular heartbeat, blood clotting, pneumonia and organ failure.

Kevin Gibbons, the neurosurgeon who performed Everett’s surgery with Cappuccino and oversaw his care at Millard Fillmore Gates Circle Hospital in Buffalo, downplayed the role of hypothermia in his recovery. “Cold [saltwater] didn’t hurt Everett,” he says, “but it was certainly not the only reason he got better.”

According to Gibbons, the initial hypothermia treatment did not lower Everett’s body temperature: His temperature was 98 degrees Fahrenheit (36.7 degrees Celsius), just barely lower than normal, when he arrived at the hospital. It was only post-surgery when Everett received another cooling treatment that his temperature decreased significantly to 92 degrees Fahrenheit. By that time, his neck had been realigned and he had already regained some mobility in his legs and ankles.

One important factor may be that, although severe, Everett’s injury was incomplete. Cappuccino recognized that Everett still had some sensation remaining in his lower extremities after sustaining the injury. In trauma cases such as these, Gibbons says, patients actually have a 50 to 75 percent chance of recovering.

He adds that initial diagnoses are not reliable predictors of how a patient will do in the long run. The real test is whether the patient shows improvement in the day or two following the injury, as Everett did.

“We can’t draw any firm conclusions based on a single case, but his recovery can, at least in part, be attributed to the use of hypothermic therapy,” says Hasan Alam, a trauma surgeon at Massachusetts General Hospital, who has successfully used the therapy on critically wounded Yorkshire pigs.

More in-depth study, like Alam’s and research in humans, may confirm whether the therapy is safe and beneficial. Despite the risks, inducing hypothermia may play a role in preventing neurological injury during periods of severe trauma.

“Even though Everett’s case has nothing to do with corroborating the use of hypothermia,” says Edward Benzel, director of the Center for Spine Health at the Cleveland Clinic, who agrees with Gibbons’ assessment, it doesn’t mean there is no reason to study the treatment further.

While the question of whether or not hypothermia treatment was the key to Everett’s recovery, today he is walking again. He even made an appearance on national television at this summer’s ESPY Awards—presented by ESPN—where he accepted the Jimmy V Award for Perseverance, named after former North Carolina State University basketball coach Jim Valvano.