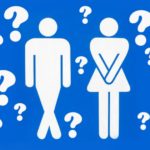 When you need to go, you need to go – unless you’re the type of person who has a hard time telling. Jihee Junn talks to the team behind wearable bladder sensor Uri-Go, winner of Callaghan Innovation’s C-Prize for 2017.

Five and a half years ago, Mike Brown broke his back, leaving him paralysed from the waist down. He could no longer walk, but he soon realised that was just one of his worries. “A spinal cord injury means you can’t typically feel anything below your injury. So in my case, I can’t feel how full my bladder is and I can’t empty my bladder naturally.”

Instead of waiting around for something to one day turn up, Brown decided to tackle the issue head-on, teaming up with tech developer Brendon Hale and urologist Dr Frank Kueppers to devise a credible solution to this ongoing problem. Together, they created Uri-Go, a wearable bladder sensor for people who have difficulty telling if they need to go to the bathroom, which includes those with spinal cord injuries, but also Parkinson’s disease, diabetes and numerous other conditions. And on Friday, the unlikely invention took out Callaghan Innovation’s C-Prize for 2017, beating out nine other wearable tech finalists to earn themselves $100,000 worth of support to develop and market their product.

For the majority of people, understanding when to urinate is biologically instinctive. When the bladder is full, a message is sent to the brain which sends a message back to the bladder to squeeze its muscles and relax the sphincter. But for those with spinal cord injuries, messages between the bladder and brain don’t always relay in the same way, causing the bladder to overfill.

A device like Uri-Go aims to take the guesswork and anxiety out of not being able to detect bladder fullness, which for Brown could have saved him from some embarrassing moments, such as when he inadvertently wet himself during his best man’s speech at his brother’s wedding. But there are also more serious medical issues the device is hoping to prevent, as poor bladder use can lead to urinary tract infections (UTIs), kidney and bladder problems, sepsis (a bloodstream infection), and, in rare cases, kidney failure.

Brown adds that during the team’s user tests, he also realised some of Uri-Go’s other benefits, particularly when it comes to saving cost and time. “When I spoke to a solicitor in Wellington, she told me she goes on average twice a day when she doesn’t actually need to go, which takes about half an hour each time out of her day when that happens. So if you think about productivity, especially as a lawyer, that’s a big cost to her.”

“From that, we discovered the actual cost of a catheter which is what most people who can’t manage their bladder normally use to empty their bladder. The cost of each of those catheters – if you add them up to the times you don’t use them or don’t need to use them – is quite considerable. So in my case, I use at least two a day unnecessarily, and they cost roughly $5 each, which is $10 a day, or $70 a week. If you add that over a year or a lifetime, that’s tens of thousands of dollars in cost.”

While details around the technology itself remain elusive, Hale describes Uri-Go as “a wearable scanner on your abdomen, roughly along the pubic bone belt line [which] sends a bluetooth signal to your cell phone for the user to interact with the device… effectively, all user interaction with the device will be through an app on the phone.”

“When we did an app mock-up [during the user trials], the users were quite happy with that concept. They preferred it because they already had a device and didn’t want another one just to tell them when to empty their bladder,” says Hale.

The question for Uri-Go now is what to do next with the $100,000 worth of cash and resources at their disposal. “This week we’re going to meet to plan that out,” says Brown. Part of that process will involve forming an advisory board, growing our technical team, putting some energy into strengthening our IP position, and attracting further capital. That’ll be a big part of moving forward.”