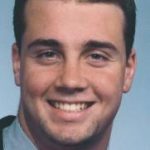 Matthew R. Nagle was stabbed in the neck on July 3, 2001, and spent the last six years of his life in a wheelchair. After he died last July, prosecutors said they would consider pressing murder charges against his attacker.

And now they are – in a move that some legal analysts say is unusual, but not without precedent.

Last week, a Norfolk County grand jury indicted Nicholas M. Cirignano on a charge of second-degree murder. Cirignano – already serving nine to 10 years at MCI- Norfolk for stabbing Nagle – now faces a charge that could keep him in prison for life.

He is expected to be arraigned in the next few weeks, according to David Traub, spokesman for the Norfolk district attorney’s office.

The decision by Norfolk District Attorney William R. Keating to pursue the murder charge so long after the incident makes the case high profile.

“It is very unusual,” said Peter Elikann, a Boston criminal defense attorney and a member of the Massachusetts Bar Association’s criminal justice section. “We rarely hear about any cases like this. . . . It’s almost unheard of.”

Generally speaking, proving that a death was caused by injuries sustained years ago isn’t easy, he said.

“Good defense counsel can come up with all kinds of reasons why something else caused a death years later,” he said. “It could be very difficult for a prosecutor to show there’s a direct link.”

Prosecutors will have to prove that Nagle’s death was caused by the stab wounds he received during a fight at an Independence Day celebration at Wessagusset Beach in Weymouth on July 3, 2001. The knife severed Nagle’s spinal cord and left the 21-year-old former Weymouth High football star paralyzed from the neck down and unable to breathe without the help of a Ventilator.

Nagle spent the next six years in a wheelchair and volunteered to participate in several groundbreaking medical studies. Last July, Nagle contracted sepsis, a blood infection, and slipped into a coma. He died at Good Samaritan Medical Center in Brockton on July 23, 2007. He was 27 years old.

Cirignano, who was 20 years old at the time of the stabbing, was convicted in February 2005 of assault with intent to kill and assault and battery with a dangerous weapon. Cirignano was sentenced to nine to 10 years in state prison. Prosecutors had sought a longer sentence of 9 1/2 to 10 years for each count.

According to Keating, an investigation by the state medical examiner’s office found that Nagle’s injuries from the 2001 stabbing “were the eventual cause of his death in July 2007.”

“Although it is not commonplace to be able to bring a murder charge when the victim has lived for several years after the attack, it is also not unprecedented in Massachusetts or elsewhere in the country,” Keating said in a prepared statement, after the indictments were returned June 4.

Keating’s office pointed out an incident in 1993 in which Crispulo Rodriguez, an inmate at MCI-Cedar Junction in Walpole, stabbed another inmate in the chest and leg. After the victim died six years later, Rodriguez was convicted of manslaughter.

For Nagle’s case, “the issue will be, why did he die, and what role did the stabbing play in his eventual demise,” said David Rossman, law professor and director of clinical programs in criminal law at the Boston University School of Law.

“It’s not often the case that somebody dies so long after the initial injury,” said Rossman. “Unless he had been getting continual medical treatment for his injuries, it’s going to be difficult.”

According to Rossman, the case is unusual, but not unheard of.

Dr. Jon Mukand, who treated Nagle and is writing a book titled “At Knifepoint: Brain Implant, Stem Cells, and Matthew Nagle’s Quest for Recovery,” believes Nagle’s death was a result of the severe stab injuries he received.

Patients with spinal cord injuries so severe that they cannot breathe on their own have very high mortality rates; they are 40 times as likely to die in the first year compared with patients who suffer other types of spinal cord injuries, said Mukand.

“It’s really not a common cause of death in that age group,” unless one has a spinal injury that makes him dependent on a ventilator, he said.

Nagle’s father declined to comment on the charges against Cirignano.

Blocking a protein could be key to treating spinal cord injuries