Broken back can leave you homeless

A television presenter who broke her back says many people with similar injuries are being forced to live in care homes. 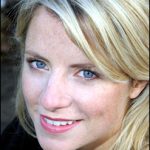 Victoria Hollingsworth shattered her spine in a car accident while filming Channel 4’s property programme A Place in the Sun in Spain.

She has now made a report for Radio 4’s You and Yours programme about patients who cannot return home because their properties are not suitable for wheelchairs.

The accident three years ago left Victoria with five broken ribs, a punctured lung and a spine shattered in three places.

Victoria, who lives in London, said: “The doctors informed my distraught parents that there was a good chance I would be paralyzed.

“However, after nine hours of surgery my broken Vertebrae were replaced by metal rods and screws and miraculously I re-learnt to walk and returned to presenting three months later.”

No guarantee of home

But Victoria says many patients cannot go back to their homes due to the lack of wheelchair access and have to be housed elsewhere.

She said: “I know of a girl around my age who was paralyzed following an accident and had to live in an old people’s home for 18 months.

“Can you imagine your state of mind – coming to terms with life in a wheelchair and having to do that surrounded by people four times your age?

“There is also the story of man who was a new father immediately prior to his accident. His council housed him in a hotel and he rarely got to see his wife and baby.

“She worked full time and he couldn’t afford to eat in the hotel so had to rely on eating take-away food as he had no access to a kitchen.”

Every year around 1,000 people sustain a spinal cord injury, according to the Spinal Injuries Association (SIA).

Aspire, a charity which helps people with spinal injuries, says around two thirds of people could face housing problems after spending between six and 18 months in spinal centres.

Research carried out by the charity at one spinal centre revealed that over an 18 month period only 30% of people who were discharged were able to go back to a home which had been adapted.

One in three went home to houses which still hadn’t been adapted, which meant sleeping in the living room because of lack of upstairs access, and 20% had to go to care homes or other hospital departments.

The number of people with spinal injuries is increasing, partly because advances in medicine mean there is a better survival rate.

The SIA says that falls are the main cause of injuries, followed by road accidents.

The Department for Communities and Local Government said it is providing more support for measures designed to help people live independently in their own homes.

It also said government funding for home adaptations such as wheelchair ramps has doubled since 1997.

One of First Patients to Be Implanted with Cyberkinetics’ Andara(TM) OFS(TM)...