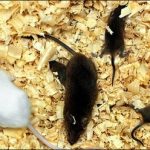 The discovery of a mouse embryonic stem cell startlingly similar to its human counterpart will likely speed progress toward the Regeneration of healthy cells and organ tissue in people, two studies reported Wednesday.

The newly-found “epiblast” stem cells, taken from the inner-most layer of week-old rodent embryos, will provide a better model in testing potential therapies for human diseases and injuries, the researchers said.

“They are a missing link between mouse and human embryonic stem cells,” Roger Pedersen, who headed a research team at Cambridge University, told AFP.

The other group was led by Ronald McKay at Oxford.

Both studies, published in Nature, were hailed by other scientists as a breakthrough that would shed light on the origin of human embryo stem cells and help fulfill the rich promise of cell-based medicine.

One of the great challenges of cell biology is figuring out how stem cells — found in embryos and in certain adult tissues — remain unspecialized or “pluripotent,” maintaining the capacity to become virtually any type of cell found in blood, nerves and individual organs.

Another difficulty is identifying the molecular signals that trigger this transformation.

Scientists have successfully grown mice embryo stem-cell lines in the laboratory for decades, and human ones since the late 1990s.

But until today the two kinds of cells looked and behaved very differently, limiting the parallels that could be drawn between the two species and raising questions about what accounted for the divergence.

“It was perplexing,” Pedersen told AFP. “Was is it the evolutionary divergence of mice and men, or was there a developmental explanation, reflecting different stages of growth?”

This question spurred Pedersen and his team to challenge conventional wisdom and see whether the bio-chemical conditions used to maintain human embryo stem cells might work for mice too.

Previous attempts had failed. But when the researchers applied the human-specific molecular cocktail to a later stage of the mouse embryo rather than the three-day old blastocyst stage from which stem cells had always been drawn, suddenly it worked.

“Comparative analyses suggest that the new cells may have more in common with human embryo stem cells” than the ones taken earlier in the life cycle from mice, commented Ian Chambers, the head of embryonic stem cell biology at the University of Edinburgh, in an e-mail.

“These are exciting findings that hint at ways in which it may be possible to alter the culture conditions for human embryo stem cells in order to make their maintenance more straightforward and malleable,” he said after reviewing the studies.

Kevin Eggan, a researcher at the Harvard Stem Cell Institute, also welcomed the studies, saying they could “shed light on the origin and nature of human embryonic stem cells.”

The discovery of the epiblast stem cells in mice should make it easier to isolate stem cells in other species, livestock, as well as mice genetically modified to express a disease so that it can be studied, the authors of the studies said.

The growth factor — called activin/Nodal — that is now known to work for humans and mice may also unlock access to stem cells in these other species, said Pedersen.

One persistent problem in trying to use stem cells to produce specialised cells for treatment — to make insulin in the pancreas or beating-heart cells, for example — is an extremely low efficiency.

On average, less than one percent of cells develop along the desired pathway in most experiments.

“We have not yet gained control over specialisation in the petri dish,” said Pedersen. “That, really, is the Holy Grail — a profound understanding of what makes things happen in the early development of embryonic stem cells.”