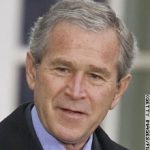 WASHINGTON — The same embryonic stem cell bill that prompted President Bush’s only veto is headed to his desk again, this time from Democrats who have it atop their agenda when they take control of Congress in January.

It’s uncertain whether supporters of the measure can muster enough votes to override another veto.

The bill, which would expand federal funding of embryonic stem cell research, is supported by a majority of Americans as a way to speed the search for possible cures for dozens of diseases. It is staunchly opposed by Bush and others who liken the process to abortion since it requires the destruction of human embryos.

White House spokesman Tony Fratto said he would not “issue veto threats on hypothetical legislation” but added that Bush’s position on the issue hasn’t changed.

During the last session of Congress, the bill fell 51 votes short in the House of the two-thirds majority needed to override a veto, while Senate supporters needed four votes to get to the 67 required. Activists on both sides of the issue say new override votes would be cliffhangers.

One thing is sure: The new leaders of the House and Senate plan to pass the bill within weeks of gaveling open the 110th Congress in January in an attempt to either get Bush to sign it or force a presidential veto early in the lame-duck years of his presidency.

House Speaker-in-waiting Nancy Pelosi has queued up the bill for passage in the first 100 hours of business. The Senate could act on it before the first month is out.

“We are going to move it fairly quickly,” said Sen. Harry Reid, D-Nev., the next Senate majority leader.

The measure would revive an emotional debate over whether public dollars should be used on the controversial medical research.

The public demanded it by casting ballots for supporters of the process during the midterm elections, according to one author of the bill.

“The main thing that has changed is that public awareness has increased so much,” she added. “The public realizes the potential benefits, and what that does is puts tremendous pressure on the White House.”

But the bills’ opponents reject the notion that the election was about the stem cell issue.

“It was more a vote on the war and other issues,” said Carrie Gordon Earll, senior analyst for bioethics for the advocacy group Focus on the Family, which would urge House and Senate opponents of the bill to vote no again. “There’s no more evidence now that destructive embryo research is going to bring cures” than there was before the election.

At least one race hinged directly on the stem cell issue. In Missouri, Democrat Claire McCaskill ousted Republican incumbent James Talent in large part by hammering him on his vote against DeGette’s bill.

The new Senate will be narrowly controlled by Democrats 51-49. Pelosi’s Democrats will hold 230 seats and appear to be in line to win two more in the 435-seat chamber. Two-hundred ninety votes are needed to override a veto if all members vote.

Attention was focused on the freshmen and on a handful of veteran lawmakers who cast votes against the bill in the last Congress and are considered possible switchers this time.

Among them were Missouri Sen. Kit Bond, a Republican who got a firsthand view of the consequences of opposing the bill on Election Day. In addition to ousting Talent, voters there narrowly approved a ballot initiative to ensure that any federally approved stem cell research and treatments would be available.

Bond spokesman Rob Ostrander left open the prospect of the senator changing his vote from a no last year to a yes this year. Bond, Ostrander said Tuesday in a statement, “is reluctant to support an expansion of the president’s stem cell policy that allows federal taxpayer dollars to be used for research in which human embryos are destroyed.” ‘

Another senator, Johnny Isakson, R-Ga., who proposed an alternative bill last year, said he would again vote no on the DeGette bill.

DeGette and aides in both houses close to the developments expect the legislation to be identical to the one Bush vetoed this year because they have yet to hear a compromise that could be supported by all parties.

The question boils down to which embryonic stem cells are used in the race to develop treatments — a limited number of ones created before 2001, which is what Bush ordered shortly after he came into office — or potentially thousands of newer stem cells, culled from fertility clinic leftovers otherwise destined to be thrown away.

Many scientists insist the latter would be better suited for implantation into sick Americans.

Embryonic stem cells amount to master cells, able to morph into all the cell types found in the body. If scientists could learn to control those cells and coax them into becoming specific types on demand, they potentially could grow replacements for damaged tissue — new insulin-producing cells for Type 1 diabetics or new nerve connections to restore movement after spinal injury, for example.

Despite their promise, however, potential treatments for diabetes, Alzheimer’s, spinal cord injury and other devastating disorders are years away from being tested in people.

As new budget is considered, fight is on for federal funding