A car wreck more than 20 years ago left Danny Heumann paralyzed from the chest down.

The Ann Arbor man now runs an organization that raises money for spinal cord injury research. He says there is promise for him — and for people with diseases such as Parkinson’s, Multiple Sclerosis and juvenile diabetes — through embryonic stem-cell research.

But he said Michigan law does not allow the emerging science to flourish. Heumann supports legislation introduced by state Rep. Andrew Meisner, D-Ferndale, which would loosen restrictions on the research. 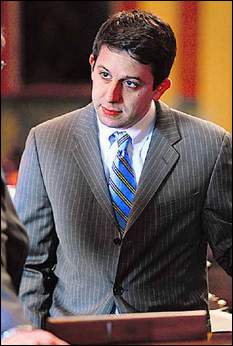 “I am confident with the scientists we have we can do this research in an ethical and moral way,” Heumann, 38, said at a Lansing news conference last week.

In Democratic Gov. Jennifer Granholm’s State of the State speech last month, she said fewer restrictions on stem-cell research could boost investment in life sciences and aid Michigan’s economy. But several prominent Republicans say they are not supportive of the Meisner legislation, damaging its chances of passing.

Right to Life of Michigan and the Michigan Catholic Conference are opposed to the legislation because it would allow human embryos to be destroyed to harvest their stem cells.

“We want cures, too,” Right to Life legislative affairs director Ed Rivet said. “But we have different means to achieving them.”

Stem cells are rare cells in tissues that give rise to most other cells. Michigan is one of several states debating the issue. Missouri, Maryland and Florida are among the states where debate has peaked in recent weeks.

Michigan law allows research on stem cells that are obtained from adults. The University of Michigan, for example, is a leader in this field.

“It’s our belief this research is something we need to do,” Meisner said. ” … We want this advancement to happen in Michigan.”

State law does not permit Michigan researchers to get embryos left over from fertility treatments in the state. Researchers say those embryos are often thrown away, although some groups opposed to the research question how much this happens.

State scientists can use embryonic stem-cell lines from California, Illinois or other states with less-restrictive laws. Those lines are sometimes patented by other researchers. The situation leaves Michigan researchers less able to innovate and lead the search for new cures, said Sean Morrison, a University of Michigan researcher.

Morrison said embryonic stem cells have advantages over adult stem cells when it comes to medical research. Embryonic stem cells could provide access to every type of cell in the body, and an infinite number of them, he said. And the ability to create new stem-cell lines is vital, he said.

“It offers potential cures that we can’t get otherwise,” Morrison said.

Rivet said it is not yet known whether adult stem-cell lines have limitations embryonic lines do not.

“I don’t know how he can make that statement,” said Rivet, adding that stem cells also can be obtained from umbilical cords and placentas without ending the development of an embryo.