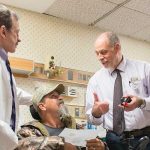 VA doctors are among a team of researchers at the Cleveland Functional Electrical Stimulation Center restoring respiratory muscle function to Veterans and individuals with spinal cord injury (SCI).

Individuals with cervical level SCI that are fully dependent on a ventilator can often use an alternative method called diaphragm pacing. This method provides a more natural form of breathing by stimulating the diaphragm.

“We have also demonstrated that diaphragm pacing could be achieved via a less invasive method, such as a laparoscopically placed intramuscular diaphragm electrodes,” said DiMarco. “This method has been successful in liberating thousands of individuals from mechanical ventilation.”

MetroHealth Medical Center developed a second system to restore an effective cough to individuals with SCI. Thereby helping to reduce the risk of choking and the development of respiratory tract infections, including pneumonia. 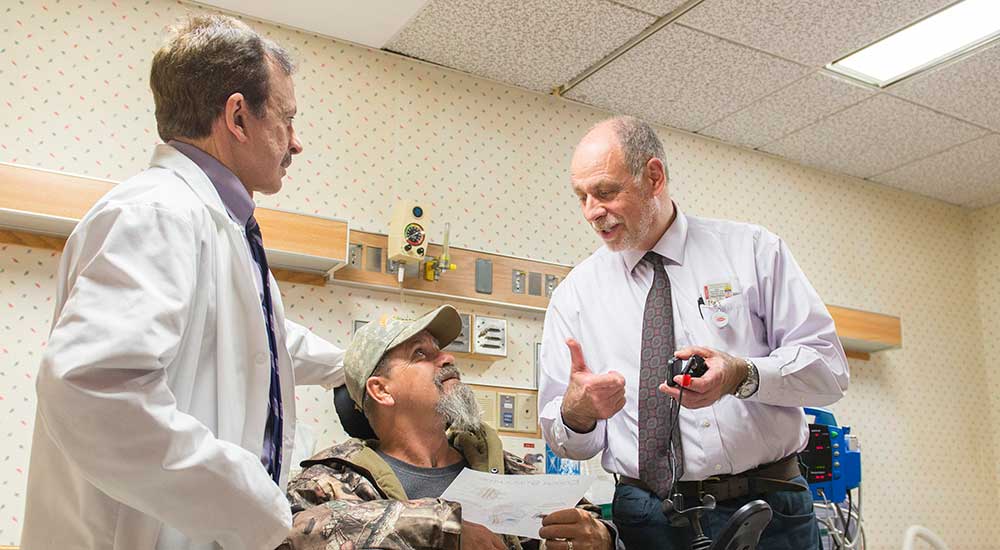 DiMarco and Kowalski developed a minimally invasive method using electrodes. The electrodes are inserted through the skin, then advanced to the dorsal spinal cord. Research participants use a stimulator to produce several different cough efforts ranging from light to strong.

“Being a part of this research trial has made me feel great,” Army Veteran David Powers said. “For not only my own health but helping to improve the lives of others as well.”

“The project has been very rewarding. We see so many patients who are very pleased with the system and have achieved, significant clinical benefit,” DiMarco, said.

Facebook
Twitter
Email
Mix
Digg
Previous articleHow a revolutionary technique got people with spinal-cord injuries back on their feet
Next articleOn and off the field, Nick Buoniconti made a difference