On and off the field, Nick Buoniconti made a difference 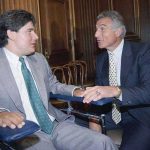 Yes, Nick Buoniconti was a famous football player. He was a member of the Miami Dolphins’ “Perfect Season” and Super Bowl championship teams. He was known for playing middle linebacker with a passion, tracking down quarterbacks like a heat-seeking missile.

He was an integral part of the Dolphins’ glory years.

But as Buoniconti’s legacy is reassessed following his death on Tuesday, it’s pretty much unanimous that it’s what he did after he left the field — and a horrific family tragedy — that truly meant the most to so many South Floridians.

After Buoniconti’s son, Marc, suffered a traumatic spine injury during a college football game in 1985, which left the 19-year-old a quadriplegic, Buoniconti, by then a successful sports agent and businessman, adopted a lofty new goal: He wanted to see his son — and all others with spinal-cord injuries — walk again.

And he wanted the groundbreaking research to make it happen to take place in his back yard — Miami.

“My father made a promise to me that caused a revolution in paralysis research,” Marc Buoniconti said in a statement Wednesday announcing his father’s death at 78 while in hospice care. 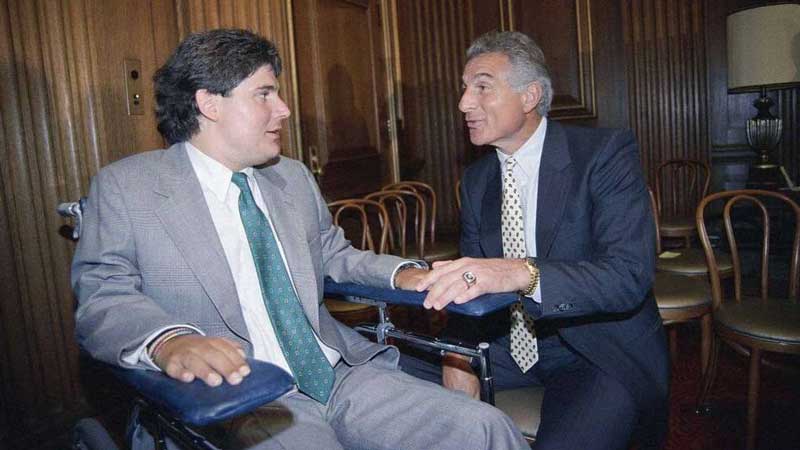 Indeed, Miami benefited from that promise, too.

Convinced he could made a real difference with his fame just within months of his son’s accident, Buoniconti co-founded The Miami Project to Cure Paralysis at the University of Miami Miller School of Medicine. Buoniconti’s name and face still are seen prominently in the project’s website. And they should be.

Today, thanks to Buoniconti, the project is considered the premier investigative research program targeting spinal-cord and brain injuries.

Buoniconti became a tireless champion of the idea that victims of spinal-cord injury would one day walk again. He made this community believe it, too. The Buoniconti Fund to Cure Paralysis has raised more than $500 million for support of the Miami Project.

Now, the Pro Football Hall of Famer will help solve the mystery of another disease — chronic traumatic encephalopathy or CTE, a degenerative brain disease that afflicts football players, but that cannot be definitively diagnosed until after death.

Buoniconti, who had been battling dementia for years, donated his brain to the Boston University CTE Center.

“He was a guy who was more than just a football player,” said former teammate Nat Moore.

True. Nick Buoniconti was a visionary, too, whose promise, no doubt, will be kept.

By Miami Herald Editorial Board