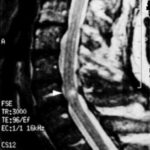 Injuries to the spinal cord partially or completely disrupt the neural pathways between the brain and the limbs. The consequences for the representation of the affected limbs in the brain can be drastic. Researchers have now measured how severely this representation is affected.

A strange sensation, but familiar to anyone who has ever been given local anaesthesia and watched while a doctor operated on their leg or arm: in that moment, your own body part seems foreign, as if it doesn’t belong to your body. One reason for this is that the brain still knows which position the limb occupied before the local anaesthetic took effect. As soon as it wears off, the spooky sensation disappears.

For people who have suffered a spinal cord injury or a stroke, however, this “estrangement” of their own limbs doesn’t go away, because an injury of this kind impairs or disrupts communication between the brain and the body. This impacts the anatomical reconstruction of the body in the brain, known as body representation.

Whether and to what extent damage to the spinal cord alters the body representation, however, is still a matter of dispute among experts and doctors. Studies carried out on this have reached conflicting conclusions.

Now researchers from a number of institutions have conducted a new study that sheds more light on the matter. One of the leaders of this study, which was just published in the journal Scientific Reports, was ETH Zurich Professor Roger Gassert from the Rehabilitation Engineering Laboratory.

Interpreting body images in our minds

In the study, the researchers used an established test to analyse whether and to what extent the body representation in paraplegics differs from that in healthy individuals.

To this end, during his research sabbatical at ETH Zurich, corresponding author Silvio Ionta (now lecturer at the University of Lausanne) developed a task in which participants were shown pictures of foreign body parts, such as a foot or a hand, or even of the entire body. While the images were being presented, the participants could not see their own hands and feet, but kept them either parallel to one another or in a crossed position.

Participants — 22 patients with either a partial (11) or complete (11) severing of the spinal cord, and 16 control subjects with an intact spinal cord — were asked to determine which side of the body the body parts presented in the pictures belonged to. The images were also shown in various orientations. Finally, the researchers measured the time it took from the presentation of the image until the subjects gave a verbal response. “This test allows us to query, indirectly and objectively, whether and how the brain and limbs communicate with each other,” says Gassert.

The task was more difficult for participants whose spinal cord was completely severed. On the task with full body images, they took considerably longer — up to 50% more response time — than participants with partial and no spinal cord injury. “The more severely the spinal cord is damaged, the longer the response time needed to assess pictures of the body, and the greater the alteration of the full-body representation in the brain,” says Gassert.

He goes on to explain that the brain subconsciously perceives the observer’s own current body position while looking at the pictures, and that this influences their assessment of the image. If the spinal cord is completely severed, the brain receives only visual stimuli. As Gassert concludes, “The body representation is thus distorted, and those affected have greater difficulty solving the assigned task.”

But the tests also helped the researchers to estimate how strongly the partial or complete paraplegia affects the representation of the body parts they showed. In all participants, hand representation was unchanged. When participants held their own hands crossed during the tests, a similar increase in response time was observed in all three groups.

The position of the feet, on the other hand, had a noticeable impact on response time, but only for participant whose spinal cord was entire or only partially damaged. Those with complete paraplegia did not show the typical increase in response times that one would expect in healthy conditions. This suggests that the brain in individuals with a complete severing of the spinal cord represents the foot differently than is the case with individuals whose brain still receives information from the lower extremities.

Participants with partial or complete paralysis are able to solve the tasks just as precisely and correctly as healthy subjects — this also tells Gassert that the representation in the brain is dynamic and adaptable.

Controlling exoskeletons or prosthetics by thought

According to Gassert, the study also has implications for rehabilitation and therapy for people with paraplegia. “This test can help hospital staff to objectively determine the extent to which the body representation in the brain has been altered,” he says.

But he can also see the findings gained with this test method helping to stimulate the brain networks responsible for body representation, thus keeping them active. Likewise with a view to potential human-machine interfaces, which could soon become important in enabling patients to walk with exoskeletons or prosthetics.

“This approach could help keep the body representation ‘awake’ even after a spinal cord injury. Going beyond that, it could serve to produce standardised mental commands and thus move an exoskeleton with a brain-computer interface,” says the researcher.

The test was developed by Roger Gassert’s former research associate Silvio Ionta, who now works at the University of Lausanne. Gassert’s study was co-led by Armin Curt from the Balgrist University Hospital Paraplegic Centre.

The above post is reprinted from materials provided by ETH Zurich. The original item was written by Peter Rüegg. Note: Materials may be edited for content and length.