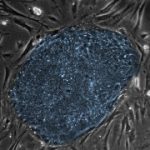 Menlo Park, Calif.-based Geron Corp., which developed the GRNOPC1 therapy, hopes to begin clinical testing on humans by the end of the year.

The FDA had originally accepted a study application by Geron in early 2009, giving the company the go-ahead to test the therapy on humans. However, the agency placed any potential study on hold in August because some mice treated with GRNOPC1 had developed microscopic spinal cysts.

The FDA’s approval on Friday means the company can now proceed with its plans to begin testing by year’s end.

The company seeks to enroll eight to ten patients to take part in the study, with each being studied for one year. However, Geron plans to continue monitoring the patients for a total of 15 years for safety.

Such early-stage clinical trials are typically designed to test the safety of a particular therapy, but Geron said it would also track the effectiveness of GRNOPC1.

A successful test would result in more comprehensive follow-up studies focused on effectiveness.

Embryonic stem cells are building-block cells that differentiate into more specific cells. Their use is part of a promising field of regenerative medicine that many hope will ultimately allow people with injury or disease to replace damaged cells.

GRNOPC1 contains cells known as oligodendrocyte progenitor cells, which turn into oligodendrocytes, a type of cell that makes myelin, a coating that facilitates the movement of impulses along nerves.

Paralysis can follow when these cells are lost due to injury.

If the GRNOPC1 therapy is successful, the progenitor cells will produce new oligodendrocytes in the injured area of the patient’s spine, potentially restoring movement.

For the clinical trial, doctors will inject the therapy into a patient’s spine between the third and tenth thoracic vertebrae (the middle to upper back) one to two weeks after an injury. Future trials would include those with less severe injuries, and damage to other parts of the spine.

Other companies, such as Advanced Cell Technology Inc., are also moving forward with plans for testing embryonic stem cell therapies on humans. The company is seeking FDA approval for an embryonic stem cell therapy known as retinal pigment epithelium, or RPE, which is designed to treat Stargart disease. The condition affects children but can lead to blindness in adulthood.

Advanced Cell Technology filed an application with the FDA last November after the agency requested additional information. The company submitted its revised application last week, and expects an FDA response within a month.

Lady Tornado blowing away all challenges