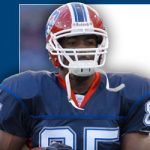 NASHVILLE, Tenn. – Tennessee Titans safety Chris Hope is out for the season after tests confirmed a spinal cord injury will require rest and possibly surgery but is not expected to be career-ending.

“After numerous studies and opinions, Chris Hope’s season is over,” coach Jeff Fisher said on Friday. “The doctors are not going to allow and don’t feel it’s safe for him to finish the season.

Hope has not played since he was injured Nov. 25, when his left arm and leg were twitching as he lay on the field after a helmet-to-helmet collision with teammate Sean Conover in the first quarter of a game at Cincinnati.

“This is not a career-ending injury by any means,” Fisher said. “We’re going to continue to evaluate it. He may heal up as a result of rest, and we have not ruled out surgery as a possibility.”

Hope signed with the Titans in 2006 as an unrestricted free agent and has emerged as one of the leaders of Tennessee’s defence. He had a team-high five interceptions in 2006 and picked off two passes this season along with 60 tackles.

Calvin Lowry, who started last week against the Houston Texans, will take over the strong safety role and start against the Chargers on Sunday.

Lowry started the first six games of 2006 at free safety, but was benched in favour of rookie first-round pick Michael Griffin.

“It’s a sad situation, but I’m able now to get back on the field and continue playing,” Lowry said. “I’m going to continue praying for him and hopefully he can come back from it.”

Also, Titans defensive tackle Albert Haynesworth sat out a third consecutive practice on Friday with his injured right hamstring and was inside performing conditioning exercises.

Fisher said Haynesworth, who played last week for the first time since Nov. 4, will be a game-time decision because of swelling in the muscle.

“We anticipated a setback and anticipated some soreness and some mild swelling, and that’s what he has,” Fisher said. “We’re helping him to work through it right now.”

Wide receiver Brandon Jones was sent out for another examination of his groin injury, and will not play Sunday. Defensive tackle Tony Brown (knee) and guard Benji Olson (back) both practised on Friday.