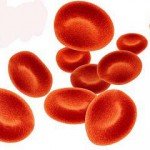 By involving 18 patients, India will soon become a part of a first-of-its-kind clinical trial, a collaborative study conducted in China, Norway and America, involving 240 patients for treating spinal cord injury in humans through stem-cells.

India will be a part of a first-of-its-kind clinical trial, for treating spinal cord injury in humans through stem-cells. India will a part of the collaborative study conducted in China, Norway and America involving 240 patients led by China-based stem cell researcher Dr Wise Young.

The pre-clinical trial of the project has already been completed in the US and also the first phase clinical trials in China involving 120 patients. The phase 2b trial on humans in India will begin with six patients, each from Bombay Hospital, Mumbai, NeuroGen Brain and Spine Institute, Mumbai and Apollo Hospital, Chennai.

The stem cells are blank cells and can transform and multiply rapidly into any type of tissue in the body. They can regenerate, repair and replace damaged body parts of a human.

As per an expert associated with the development, “Approval will be sought from the Drug Controller General of India (DCGI), following consent from the ethical committees of the Indian hospitals- Bombay Hospital, NeuroGen Brain and Spine Institute and Apollo Hospital.”

As a part of the study, the stem cells derived from umbilical cord blood will be sourced from China. These cells could be stored for 25 years through cryopreservation technique.

However, since these cells are derived from outside the patient, the donor cells have to be compatible with the recipient. In fact, various cord blood banking companies store these cells.

The umbilical cord blood is the residual amount of blood left behind in the umbilical cord and placenta after the delivery of a baby. This is generally discarded as it contains appreciable amount of stem cells of different types, mainly haematopoietic progenitor cells. It is capable of regenerating the entire blood and immune system and also form new blood channels.

Once collected, processed and cryogenically stored immediately after the child’s birth, it retains its potency and could be used on demand, with negligible turnaround time.

They have been used successfully in transplants for reconstitution of bone marrow in malignant and degenerative diseases, correction of genetically transmitted haematological disorders like thalassaemias and potentially for cellular therapies and regenerative medicine.