Without An Exoskeleton, Paralyzed Man Uses Brain Control To Walk 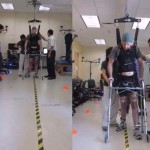 A man who is at the center of a new project being conducted by researchers from the University of California Irvine is giving hope to people with spinal cord injuries who have lost their ability to move their limbs that they will be able to one day walk again. Paralyzed for five years, an unnamed 26-year old was able to walk on his own with only a harness to help support his weight.

What makes this achievement so groundbreaking is that he was able to move using his own brainwaves without an exoskeleton to hold up his frame. Instead, electrodes were attached directly to his muscles so that he could control them, bypassing his injured spinal cord.

According to reports, the man first had to re-learn how to control his own legs by practicing with an avatar simulation that seems like it’s straight out of the plot of a science fiction movie. In a virtual environment, the patient taught himself how to move around his own body, using his own mind within a computer simulation.

However, he also had to re-strengthen his own real-world legs, to be able to handle the tasks of walking again for the first time in years. With some physical therapy the patient got to work on building up his leg muscles again.

When he was ready for post-training trials, an electroencephalogram (EEG) cap was attached to his head to directly link his brainwaves to his lower limbs via electrodes surrounding his knees. 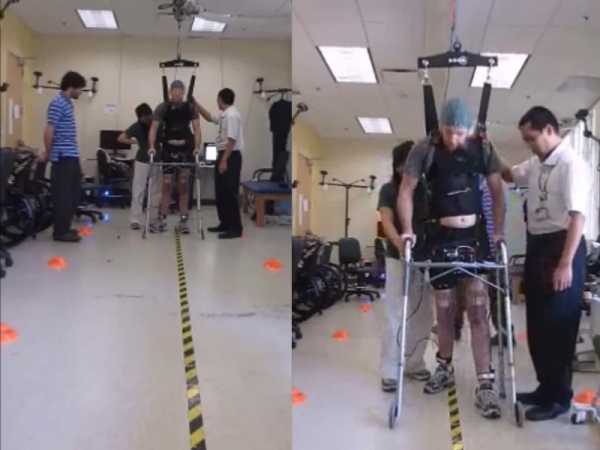 The findings of the researchers show that, over the course of 19 weeks in the program, he was able to walk hooked up to the brain-control system at least 30 times. In time, he was able to walk himself 3.66 meters using only a walker to help him balance and a harness to alleviate some of the weight.

Although the system is more invasive than previous efforts where patients are able to use their brainwaves to control prosthetic limbs, exoskeletons or robots, the researchers say that this system may one day be used so that paraplegics will no longer have to rely on external machines to help them walk again.

The researchers hope that, with further studies, a more non-invasive system may be developed to help other individuals with paraplegia become mobile again.

The full-text of the researchers is available online in the Journal of NeuroEngineering and Rehabilitation.

Man opens rehabilitation centre in Regina to help those with spinal...