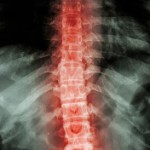 The immune system of spinal cord injury patients can be controlled using a family of therapeutic stem cells, according to findings published in Scientific Reports.

The researchers learned that the MAPCs had the ability to mediate the aggressive nature of macrophages, they explained. Importantly, though, the MPAC cells were also able to clear debris and were less disruptive to the healthy tissue.

“These were kinder, gentler macrophages,” research leader Jerry Silver, PhD, said in a press release. “They do the job, but they pick and choose what they consume. The end result is spared tissue.
We don’t know what makes these nicer macrophages more subdued, but this is a subject we are researching in the lab.”

The statement commented that the body’s immune system believes it is compromised when the body undergoes a spinal cord injury. Specifically, instead of clearing only debris and blood from injury, the macrophages often attack healthy tissue. This causes loss of function, and is something the researchers set out to examine more closely.

The research team additionally determined that time is a factor when working with MAPCs. In mice models injected with MAPCs, the researchers saw the cells travel into the animals’ spleens, traditionally known as a hotbed for developing macrophages. The animals that received this treatment saw improvement in their hind paw motor control and urinary function.

The researchers said that normally it takes about a day for the immune system to acknowledge a threat and then start a response. In the mice injected with the MAPCs immediately after their injury, there was no observable benefit. There was also no benefit observed in mice not treated with the MAPCs.

“There was this remarkable neuroprotection with the friendlier macrophages,” Silver explained. “The spinal cord was just bigger, healthier, with much less tissue damage.”

“Our dream for the future is to combine the neuroprotection of MAPCs with the neurogenerative capacity of ISP,” Silver concluded. “Both can be delivered systemically, so there is no need to touch the spinal cord. It is already damaged enough.”