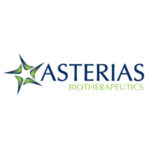 An experimental stem cell therapy developed by Asterias Biotherapeutics restored some movement to patients paralyzed by recent spinal cord injuries, according to interim data from a small study being presented on Wednesday.

One of the five patients in the trial regained use of both arms and hands, and is now able to feed himself, send texts on a phone and operate a wheelchair, the Fremont, California-based company said.

Three months after the cells were implanted, the study met its efficacy goal of two patients regaining return of two motor levels of functioning on at least one side of their body, the company said.

All five people in the study have experienced some upper extremity improvement so far, Asterias said.

Each motor level function measurement correlates with a reduction in the assistance and care a paralyzed patient might require. A two-level improvement can mean a patient is able to live more independently.

The cells are injected by a neurosurgeon directly into the site of the spinal cord damage within two to four weeks of injury, before scar tissue forms. The hope is that they can help restore signals from the brain through the spinal cord to the outer extremities.

Stem cells are able to transform into various other types of cells in the body, and scientists have been working for years to try to harness their unique capabilities to combat various medical conditions, including paralysis and heart failure.

“I am very encouraged by this first look at efficacy data in complete cervical spinal cord patients,” Dr. Shekar Kurpad, a trial researcher and director of the Spinal Cord Injury Center at the Medical College of Wisconsin, said in a statement.

The company had not expected to reach the efficacy goal before six to 12 months after implantation of the 10 million embryonic stem cells dubbed AST-OPC1, Asterias Chief Executive Stephen Cartt said.

“We came out early with the data because it was so compelling. We were expecting to wait until January,” Cartt said in a telephone interview, acknowledging that the work is still in the early stages and that it is a very small study.

The interim results were presented at the International Spinal Cord Society meeting in Vienna, Austria.

There were no reported serious adverse side effects related to AST-OPC1 or the injection procedure, Asterias said.