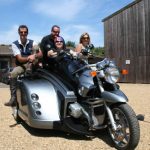 A motorcycle designed specially for wheelchair users will travel the country in a promotion for the CatWalk Spinal Cord Injury Trust.

During its nationwide tour, those in wheelchairs will be given an opportunity to take the machine for a spin.

The Martin Conquest 1200 is a high performance motorcycle that can be driven from a wheelchair. With all controls being hand-operated, the Conquest is designed for people with disabilities from the waist down.

Riders can roll their wheelchairs on to the vehicle via an automated access ramp.

Funding and support for the development of the Conquest included that of Sir Frank Williams, the Principal of the BMW-Williams Formula 1 Team. Having donated a bike to the trust, the CatWalk’s Conquest Tour will travel the country, giving wheelchair users the chance to ride the bike for a portion of the route.

Beginning in Auckland on October 29, the tour will visit 38 of New Zealand’s main centres, before finishing in Christchurch on November 13. CatWalk will host a charity dinner that night in Christchurch, where the bike will be auctioned to the highest bidder.

The CatWalk Spinal Cord Injury Trust was founded by Catriona Williams, one of New Zealand’s leading international equestrian riders who is now confined to a wheelchair after a cross-country accident in 2002. 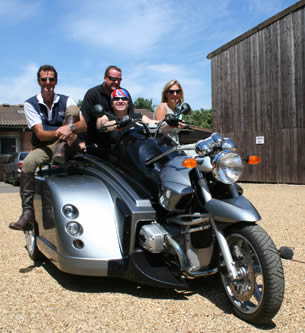