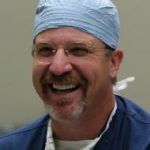 Mornings are the worst time for Kevin Everett. That’s when the pain is at its most intense, when he’s reminded that things probably will never be the way they once were.

“I’m still faced with challenges,” he said. “I pray every day that things will get better. I’ve got to cope with ’em the best way I can in everyday life.”

He knows he shouldn’t complain. Lord knows, it could have been so much worse. He thanks God every day that he can walk and talk and do the things thousands of others can’t. Therein lines the contradiction.

“I want people to know I’m blessed,” he said. “You’ve got to maintain your faith in the good times and the bad.”

He knows this better than almost anyone because he has etched the faces of other spinal cord patients in his heart and mind. He has heard the desperation in their voice, seen the hopelessness in their eyes.

He knows they see him as a medical miracle, as the reason they continue to grind through those torturous rehab sessions. They want their own Kevin Everett miracle.

He’s a living, breathing, walking advertisement for landmark treatment and a wonderful medical team. He was injured in the right place with the right hospital nearby and the right doctor available.

His life is nowhere close to normal and might never be. That’s the harsh truth for Kevin Everett nine months after he lay on that football field in Buffalo, N.Y., his spinal cord crushed.

“It’s the spasms,” he said. “They say it could be like this for the rest of my life. They don’t know. I’m not 100 percent. I don’t know if I’ll ever be 100 percent. I’ve just got to pray every day and try to keep doing the right things.”

Some mornings, he spends hours in bed waiting for his body to unlock, for the pain to fade. Those Sundays when he would fly down the field throwing his body around like a missile are gone for good. His life is lived an inch at a time.

“Around midday, the blood starts flowing, and everything seems to get a little better,” he said.

Someone slides a book in his direction, and he’s asked to sign it. This happens all the time, a product of his amazing recovery and those few weeks last fall when he had one of the most recognizable faces in the country.

Fatigue comes easily
He carefully places the pen in his hand and signs his name, not with his hand, not in the usual way, but by keeping his hand steady and guiding his entire arm across the page.

“I can’t really write,” he said. “I just scribble a little bit. I’ve got the motion down pat.”

His handshake is weak, his walk slow and cautious. Things that you and I take for normal exhaust him.

“I fatigue real easy,” he said. “It’s just my whole body. It happens with this type of injury.”

He’s 26 years old and still adjusting to all of this. He misses football. Yes, after everything he has been through, there’s a certain disappointment. He’s so lucky, and yet he still hurts and he still misses the thing he once loved so much. In other words, he’s human.

“I miss everything about it,” he said. “This is the time of the year when I’d be out there working hard, conditioning myself, mentally preparing myself for the long season. Now that I don’t have any of that, it’s different.”

I say something about how retired players say they miss their teammates more than the games or the practices or any of that stuff.

“It’s not about my friends or any of that,” he said. “It’s just me preparing for the season, out there competing, things like that. It’s different. It’s kind of hard.”

He has taken a break from his daily therapy sessions to raise money for the Kevin Everett Foundation, which he believes will be his life’s work. He spoke briefly Friday to a group of doctors, friends and family members at the official kickoff. T.J. Ford showed up to offer his support. So did Dr. Andrew Cappuccino, who used the Hypothermia treatment that might have allowed Everett to walk again.

Through the months of rehab and speeches and book signings, Everett has been reminded again and again that he’s one of the lucky ones, not just in the treatment he received, but in the fact that he was given everything he needed in terms of equipment and creature comforts.

Ready to give
“If somebody needs a ramp or a wheelchair or equipment at their home to do exercises, that’s what I want to supply them with,” he said. “Their recovery may not be as successful if they don’t have the things they need. I want to be there for the people that need these things. It doesn’t matter what it is. I want others to reach the point where I am today.”

To contribute to the Kevin Everett Foundation, visit kevineverettfoundation.org or call 281-788-6405.

Toddler With Spina Bifida Can Now Get Around Thanks to Dad’s...