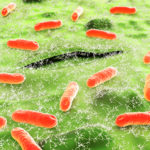 The fallout from spinal cord injury doesn’t end with loss of mobility: Patients can have a range of other issues resulting from this complex problem, including loss of bladder control that can lead to urine retention. One of the most serious implications is urinary tract infections (UTIs), the most common cause of repeat hospitalization in people with spinal cord injuries, explains Hans G. Pohl, M.D., associate chief in the division of Urology at Children’s National Health System.

Diagnosing UTIs in people with spinal cord injuries is trickier than in people who are otherwise healthy, Dr. Pohl explains. Patients with spinal cord injuries nearly universally have bacteria present in their urine regardless of whether they have a UTI. It’s unclear whether these bacteria are innocent bystanders or precursors to UTIs in patients who don’t yet show symptoms. And although antibiotics can wipe out this bacterial population, these drugs can have undesirable side effects and frequent use can promote development of antibiotic-resistant bacteria.

Although clinical dogma has long promoted the idea that “healthy” urine is sterile, Dr. Pohl and colleagues have shown that a variety of bacteria live in urine, even in people without symptoms. These microorganisms, like the intestinal microbiome, live in harmony with their hosts and may even help promote health. However, it’s unclear what this urinary microbiome might look like for patients with spinal cord injury before, during and after UTIs.

To start investigating this question, Dr. Pohl and co-authors recently reported a case study they published online Sept. 21, 2018, in Spinal Cord Series and Cases. The case report about a 55-year-old man who had injured the thoracic segment of his spinal cord—about the level of the bottom of his shoulder blades—in a skiing accident when he was 19 was selected as “Editor’s Choice” for the journal’s October 2018 issue.  The patient had a neurogenic bladder, which doesn’t function normally due to impaired communication with the spinal cord. To compensate for this loss of function, this patient needed to have urine removed every four to six hours by catheterization.

The researchers split each sample in half. One part was put through a standard urinalysis and culture, much like what patients with a suspected UTI would receive at the doctor’s office. The other part was analyzed using a technique that searched for genetic material to identify bacteria that might be present and to estimate their abundance.

The researchers found a variety of different bacteria present in these urine samples. Regardless of the patient’s health status and symptoms, the majority of these bacterial species are known to be pathogenic or potentially pathogenic. By contrast, this patient’s urine microbiome appeared to largely lack bacterial species known to be either neutral or with potentially probiotic properties, such as Lactobacillus.

All of the bacteria that grew in culture also were identified by their genetic material in the samples. However, genetic sequencing also identified a possible novel uropathogenic species called Burkholderia fungorum that didn’t grow in the lab in five of the samples. This bacterium is ubiquitous in the environment and has been identified in soil- and plant-based samples. It also has been discovered in the respiratory secretions of patients with cystic fibrosis, in patients with a heart condition called infectious endocarditis, in the vaginal microbiota of patients with bacterial vaginosis, and in the gut of patients with HIV who have low T-cell counts. Dr. Pohl says it’s unclear whether this species played an infectious role in this patient’s UTI or whether it’s just part of his normal urine flora.

“Consistent with our previous work, this case report demonstrates that rather than healthy urine being sterile, there is a diverse urine bacterial ecosystem during various states of health and disease,” Dr. Pohl says. “Rather than UTIs resulting from the growth or overgrowth of a single organism, it’s more likely that a change in the healthy balance of the urine ecosystem might cause these infections.”

By monitoring the relative abundance of different bacteria types present in the urine of patients with spinal cord injury and combining this information with a patient’s symptoms, Dr. Pohl says doctors may be able to make more accurate UTI diagnoses in this unique population.

How a Man With Tetraplegia Plays Gran Turismo Sport with His...