The legislation passes the House and Senate but is short of the two-thirds majorities to override a veto, which Bush has pledged to make. 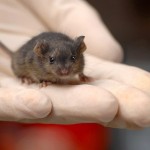 WASHINGTON — The House voted Thursday to send legislation removing limits on embryonic stem cell research to the White House, where it faces a certain veto by President Bush.

The vote in the House was 247 to 176, or 35 votes short of the two-thirds majority the bill would need if Congress were to make it law over the president’s objections.

The Senate passed the stem cell bill in April by a tally of 63 to 34, with three senators absent. Those three were Democrats who are pledged to support the bill, but even with their votes, the Senate would be one vote shy of the necessary 67 to override Bush’s veto.

Both houses must deliver two-thirds majorities to enact the measure over a veto.

And the president, in Germany for the annual meeting of the Group of 8 countries — the seven leading industrial nations plus Russia — left no doubt that he would veto the bill, which would lift the limits he placed in 2001 on government support for stem cell research.

“If this bill were to become law,” Bush said in a statement, “American taxpayers would for the first time in our history be compelled to support the deliberate destruction of human embryos…. For that reason, I will veto the bill.” 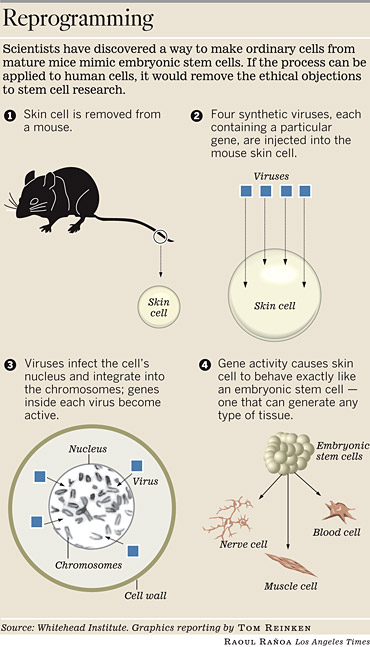 Thursday’s House debate was familiar, with opponents of stem cell research arguing that it was immoral to destroy human embryos to harvest their stem cells and advocates replying that fertility clinics grew more embryos than prospective parents wanted and routinely discarded the excess.

But scientists injected an element of novelty with a report Wednesday that three groups of researchers had reprogrammed cells from the tips of mouse tails to behave in a virtually identical fashion to embryonic stem cells.

If the new technique appliedto humans — and the researchers expressed confidence that it would — stem cells could be obtained without limit, and without the ethical constraints that have stalled stem cell research in the United States.

Stem cells have the unique ability to generate all kinds of cells in the body. It is the hope of medical researchers and patients that stem cells, when placed in the proper Environment, can give rise to cells that could treat such conditions as diabetes, Parkinson’s disease, epilepsy and spinal-cord injury.

Proponents of embryonic stem cell research say only the stem cells found in embryos can give rise to the kinds of cells that have demonstrated the ability in animals to treat diseases by substituting for diseased cells.

Others argue that bone marrow, umbilical cord blood and — most recently — skin can do the same job without requiring the sacrifice of an embryo.

Rep. Ed Perlmutter (D-Colo.), whose daughter suffers from epilepsy, said, “This is the kind of research that may help my daughter not have any more seizures.”

“This offers great hope,” added Rep. Jim Langevin (D-R.I.), who is paralyzed as a result of an accidental shooting.

But speaking for the other side, Rep. Jeb Hensarling (R-Texas) said, “Should taxpayer funds be used to fund what many consider the taking of human life? … When this body takes up such sensitive issues, let’s always err on the side of life.”