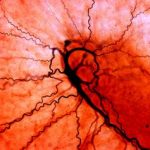 Two scientists from the University of Copenhagen have demonstrated that the spinal cord use network mechanisms similar to those used in the brain. The discovery is featured in the current issue of Science.

The research group behind the surprising results consists of Professor Jørn Hounsgaard and postdoc Rune W. Berg from the University of Copenhagen, and Assistant Professor and PhD Aidas Alaburda from the University of Vilnius. The group has shown that spinal neurons, during network activity underlying movements, show the similar irregular firing patterns as seen in the cerebral cortex.

“Our findings contradict conventional wisdom about spinal cord functions,” says Rune W. Berg from Department of Neuroscience and Pharmacology at the Faculty of Health Sciences.

Until now, the general belief was that the spinal networks functioned mechanically and completely without random impulses. The new discovery enables researchers to use the theory on cortical networks to explore how spinal cords generate movements.

How humans are able to move at all remains a puzzle. Our muscles are controlled by thousands of nerve cells in the spinal cord. This entire, complex system must work as a whole in order to successfully create a single motion. The new research shows that even if we repeat a certain motion with high accuracy, the involved nerve cells never repeat their activity patterns. This particular observation reflects the organisation of the nerve cells of the cerebral cortex.

Note: This story has been adapted from a news release issued by University of Copenhagen.