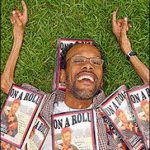 Formed by the National Spinal Cord Injury Association in 2005, the SCI Hall of Fame was created to celebrate and honor individuals and organizations that have made significant contributions to quality of life and advancements toward a better future for all individuals with spinal cord injury.

Smith, a native of Bay Springs who lives in Ocean Springs and uses a wheelchair, was the subject of the award-winning PBS documentary “On a Roll” which aired nationally in 2005. His autobiography, “On a Roll: Reflections from America’s Wheelchair Dude with the Winning Attitude” also was published last year.

He’s the founder and 11-year host of “On a Roll – Talk Radio on Life and Disability,” a syndicated program that aired on more than 70 stations nationwide. Since 2003 he has hosted “The Strength Coach,” a syndicated radio show which, through a grant from the Mississippi Developmental Disabilities Council, is now making the leap to television. He has given hundreds of keynote addresses, teaching audiences how to build inner strength.