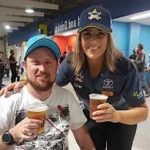 Recent surgical trials have bestowed new life on quadriplegics who can now return to activities they never thought they’d be able to do again, thanks to an innovative surgery that relocates nerves.

A dirt bike accident in 2015 left Australian Paul Robinson, now in his 30s, paralyzed from the chest down. Robinson landed on his head and broke one of the vertebrae in his neck, leaving him confined to a wheelchair and rarely able to leave his home. He was one of 16 people participating in a medical trial at Austin Health in Melbourne that used nerve transfers to re-enervate paralyzed muscles in quadriplegic patients.

Another young man recruited for the study had been the CEO of three different companies before being hurt in a tragic boating accident. “He had decided that he would try this surgery, but if it didn’t work he was going to exit—he didn’t want to live any more,” said Dr. Natasha van Zyl, the lead reconstructive surgeon.

After the combination of tendon and nerve transfers, he started to work again from home and was able to take his family to the movies independently—handling the money, getting the tickets, and buying the popcorn.

Nerve transfers to improve upper limb functioning were performed as early as 1962, but the technique never received much attention until recently. Van Zyl concedes that her team didn’t invent the procedure, but explains that no one had yet used the technique as extensively, or for quadriplegic patients.

In 2014, her team designed a triple nerve transfer procedure that was completely successful—and in their long-term study, published last month in The Lancet medical journal, it showed amazing results.

Attempting to restore elbow extension, hand extension and grip, the surgical team completed a total of 59 nerve transfers on the 16 patients, with each participant receiving either a single or multiple nerve transfer in one or both upper limbs, along with post-surgical physical therapy.

Of the 13 that completed the study, all experienced improvement in their elbow extension and hand function.

While such interventions don’t restore full functionality to the paralyzed limbs, the improved mobility made all the difference in the world to these people who had lost it all—and it gives immense hope to those who await their turn for a chance at restored muscle function.

“Prior to surgery, none of the participants were able to perform the grasp or pinch strength tests, but two years later, their pinch and grasp strength was sufficient to allow them to do most activities of daily living,” according to an article from Pursuit, at the University of Melbourne.

Robinson, who previously had no hand function at all, is now able to use his hands and arms to propel his own wheelchair, pick up items from the ground, and with one hand use a television remote control and hold a glass.

“Before, I was confined to a wheelchair but I couldn’t push it unless I wore special gloves. If I dropped something on the ground, I had to ask someone to pick it up. I couldn’t drive. To pick up a drink, I’d have to use two hands and squeeze them up,” said Robinson in a CNN article.

“It’s made a massive difference to my life.”

Believe in a way back to fitness with a spinal cord...