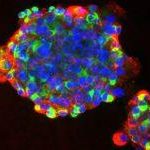 Stem cell research is making another step to the future in the United States. Geron Corp, a California-based company has won the Food and Drug Administration’s approval to use embryonic cells to heal people suffering from spinal cord injury.

President and chief executive officer of the company, Thomas B. Okarma said the project “is the dawn of a new era in medical therapeutics.” He also added that the FDA’s decision has nothing to do with the change of administration in Washington, even if, unlike former president George W. Bush, Barack Obama has voiced strong support for human embryonic stem cell research.

The project will involve about 10 people who will be partially paralyzed. They will be given an injection with embryonic stem cell within 14 days of their injury. They will be injected with 2 million of the cells. Afterwards, they will be given a low-dose anti-rejection drug for 60 days in order to ensure their bodies don’t reject the GRNOPC1 cells, even though research indicates the cells won’t be recognized by the human immune system.

As part of the project, the patients will be monitored for at least one year, after which, if the therapy works, the company hopes to increase the dose and expand the potential candidates for the therapy.

This project “marks the beginning of what is potentially a new chapter in medical therapeutics — one that reaches beyond pills to a new level of healing: the restoration of organ and tissue function by the injection of healthy replacement cells. The ultimate goal is to achieve restoration of spinal cord function,” Okarma said.